Bengaluru: Three more cases of Covid-19 have been confirmed in Karnataka, taking the toll to four. All of them hail from Bengaluru.

The state government reported its first positive case on Monday with a 41 year old man returning from Austin, Texas via Dubai testing positive for the notorious virus. The man is currently under treatment in an isolation ward in Rajiv Gandhi Institute of Chest Diseases, Bengaluru. The 41 year old man is an employee of Dell technologies.

Alok Ohrie, president and managing director of Dell Technologies, India sent an e-mail to all its employees making them aware of the situation and also instructing them to work from home.

In the email, he said, “We have confirmed that one of our Bangalore team members has been diagnosed with COVID-19. He is in quarantine under medical supervision and will not come to work until treated by medical officials. Our leadership team is in close contact with the team member, to ensure they have the support and resources they need.”

All team members of the patient have been instructed to work from until March 24 and have been advised to avoid coming to office as much as possible, in the email.

The Softcopy visited the RGICD and found people standing in a queue, as a temporary kiosk was set up for checking people. “My son recently returned from Dubai and his company wants him to get checked along with his family before resuming business with him,” said an old man, standing patiently in the queue.

As the city braces for more possible cases in the wake of the outbreak, Dr. Gautam Satheesh, a health researcher from Centre for Health and Development (CHD) talked about the  gameplan to tackle the issue. “Now that India has over 50 active cases, the key is to strengthen the screening exercises and quarantining anyone at risk to facilitate early detection of cases. Early diagnosis and supportive treatment would be the key to controlling the situation,” said Dr Satheesh.

According to Dr Satheesh mass spread of fear and panic should be avoided at all cost. Kerala’s example should be followed by all the other states as the Kerala health department is meticulously handling the fast emerging Covid-19 cases in the state and also handled the 2018 NIPAH outbreak successfully. 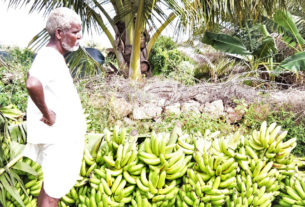 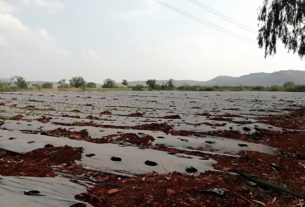