Doctors feel that the mere deployment of home guards isn’t the solution.

Hospitals in the city do not have adequate security measures for their doctors.

With a lack of surveillance system, doctors say that they feel unsafe when patients become agitated in the hospital.

Bangalore Medical College and Research Institute (BMCRI) has not installed a public address (PA) system, panic buttons and CCTV cameras to ensure the security of the doctors in all the five hospitals that come under the institute.

Ashika Kaul, an ophthalmologist at the Minto Hospital said, “Public treats doctors as soft targets because we are the only ones accessible. We work all day and are afraid all the time.”

Sujatha Rathod, director of Minto hospital advised alternatives for better security at the hospitals. She said, “In times of emergency, panic calls through mobile can be launched. With just one home guard outside my chamber, I will not be able to be safe if a mob of 40-50 people enters. Home guards alone can’t be the solution. We have to keep our people sensitized to call 100 for help. CCTV is still at the paper level.”

Patients complain that the communication gap with the doctors often leads to a tussle between the parties. Aadhir Ahmed who visited the Minto hospital said that doctors make him run around before giving him treatment.

Dr A.S Balasundar, BBMP Health officer advised the need for a better security system for better health service. He said, “Doctors are working under frightening situations. These facilities should be provided at the earliest so that they can feel safe and can discharge their duties properly.”

In November 2019, BMCRI raised their voice in a weeklong protest against the incident of manhandling of a PG medico. After the incident, they decided to install security systems at the five hospitals under it. However, to date the hospital premises do not have single panic buttons or PA system for the safety of their doctors. 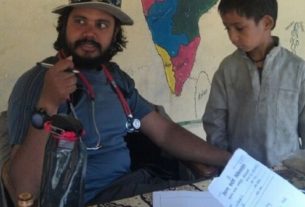 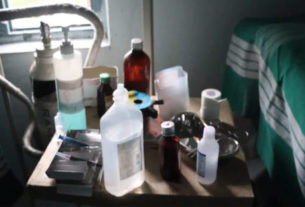 For Faster Testing, UP to Implement Israel’s Model