Despite the increasing popularity of digital transactions, rural Karnataka is crippled by poor digitization.

Bengaluru: A coconut seller in the city has an option for online payment but a restaurant in the countryside does not even have a machine to swipe credit cards. Nothing illustrates the rural-urban divide in digitisation better.

“In cities, finding an ATM and taking out cash is very time-consuming.. And even when we do, it is hard to get the exact change which many shopkeepers ask for. So it is more convenient to just pay via UPI (Unified Payment Interface) or Paytm,” said Priyanka, a resident of Bengaluru.

The ‘Worldline India Digital Payments 2019’ report has tagged Bengaluru as the topmost city in digital transactions. Also, Karnataka has been placed second in the list of best states for such transactions, preceded by Maharashtra.

“We don’t know about UPI or Paytm or how to use it. We have always been using cash and we are comfortable with it,” said Rama Anna, a shop owner in Bailhongal taluk, Belagavi.

Bailhongal has many ATMs, but most of them are either closed or are out of cash. So villagers hesitate to deposit cash in the banks.

“We have bank accounts, but what should we do if banks are closed frequently? We face problem if there is no way to withdraw our cash. Also, half of the time the ATMs don’t work,” added Rama Anna.

Though ATMs have decreased in numbers over the past two years, there has been an increase in cash withdrawal from ATMs, the Reserve Bank of India (RBI) has said.

The RBI has also stated that the Currency in Circulation (CIC) across India has increased at a compounded annual growth rate (CAGR) of 10.2 per cent from FY15 to FY 19. The CIC refers to the amount of cash in a country used as a medium for payment. (

India has the fewest ATMs per 100,000 people among the BRICS nations, data from the International Monetary Fund (IMF) shows.

Though a large chunk of the population depends on cash transactions, there has been a rise in use of online modes of payment. Retail electronic payments like National Electronic Funds Transfer (NEFT), UPI, direct debits, etc have grown at a CAGR of 65 per cent and 42 per cent in terms of volume and value, respectively.

“The surge in card transactions and other products like UPI, IMPS, NETC, etc. and the rise in number of POS terminals over the past few months has been encouraging. We expect that these retail payment products will collectively reduce cash dependency to a great extent,” said Deepak Chandnani, Managing Director, Worldline South Asia & Middle East, in the Worldine India report 2019.

The report shows that UPI hit 1 billion transactions a month in 2019.

“When I visited my village, there was no option but to pay by cash. Though one can pay through card at some places, there is hardly any option for online payment. It becomes really difficult for someone from the city to adjust in the villages,” said Kunjal, a Chartered Accountant. “The transition is happening but is very slow”. 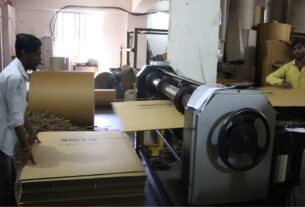