Jaipur is the worst affected district in the state.

Rajasthan: As the number of COVID-19 patients reached 1034 in Rajasthan, the state becomes the fourth-state to cross the 1000-COVID-19 patients mark in the country. The capital of the state, Jaipur, is the worst affected district with at least 450 patients.

Maharashtra is the worst affected state with more than 2000 cases followed by Delhi and Tamil Nadu.

In Rajasthan, 29 new positive cases were reported on Wednesday morning, out of which 15 cases are from Jaipur and seven cases each from Jodhpur and Kota. The state has reported 11 deaths till now.

Dr. Divyanshu Gupta,M.D. anaesthesia, explained the medical condition of the COVID-19 patients in Rajasthan. “Jaipur is a hotspot for the positive cases of COVID-19 in the state. The worst affected area in the city is Ramganj. The lockdown is not being properly followed in Ramganj and cases are being reported from there everyday,” he said.

“Police should take strict actions in such places like the UP and Delhi police. The preventive measures which were followed in Bhilwara and Kerala, should be implemented in the entire state. Social distancing and proper hygiene is the key to fighting the virus,” he added.

Rajasthan was the first state in the country to announce a lockdown till March 31. Rajasthan Chief Minister Ashok Gehlot immediately announced the lockdown even before directions from the Centre on nation-wide lockdown.

Kshipra Jain, an Economics professor, explained the effect of the lockdown on the economy of the state. “Since many people are dependent on agriculture in Rajasthan, economy of the state has come to a standstill. In Rajasthan, many people are employed as daily wage workers in the unorganized sector and their source of income has vanished. The same is happening with manufacturing business, small retailers, etc.,” she said.

“It will take some time for the state to recover from the losses. The recovery largely depends on the steps taken by the country and world as a whole,” she added.

The first patients reported in Rajasthan were the Italians who came to India as tourists. Indian evacuees from other countries are also being treated and quarantined in Jodhpur and Jaisalmer. 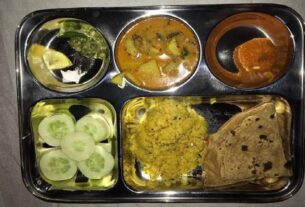