Mumbai police registers FIR against a TV journalist for false reporting, that allegedly caused the migrants to gather at Bandra.

Mumbai police has lodged First Information Report (FIR) against a TV journalist of a Marathi news channel for spreading misinformation that led to the Bandra migrant crisis on April 14. The police also arrested a person, accused of instigating the migrants to gather at Bandra railway station.

Rumors and fake news blew out of proportion as a sea of migrants approached the Bandra railway station, demanding to let them go home.

Rahul Kulkarni, a Marathi TV news journalist is booked for falsely broadcasting the claim that   Maharashtra government will resume railway services to transport the migrants back home.

While, the person arrested named Vinay Dubey allegedly posted videos on his social media accounts which the police say may have influenced the people to gather.

#UPDATE Maharashtra: Vinay Dubey who was detained in Airoli for threatening a huge protest by migrant labourers in Kurla, Mumbai on 18th April, was taken to Bandra station by Mumbai Police. pic.twitter.com/KMSUfs1kdr

Mukeem Sheikh, a labourer from Bandra believes the migrants are not at fault. “The migrants had no other choice because they thought that trains will resume operation. Everyone was left devastated here when we got to know that the lockdown will be extended and no trains will run,” he said.

He complained that the state government has failed to deliver on their promise of providing them ration. He said the himself and other 15 to 20 labourers have not yet received ration. “I ran out of all the money I had and have not eaten anything for days. What else would you expect from people other than returning home if they are not being fed?”.

Chief Minister Uddhav Thackeray in an address following the incident claimed that the Maharashtra government has been successfully providing free food to the stranded migrants. Mukeem denied the claim and alleged that the Chief Minister has resorted to involve himself in petty politics.

–The Mumbai Police has also lodged FIR against 1000 people for assembling at the Bandra station.

The incident soon turned into a political brawl  after Aditya Thackeray, an MLA from Worli constituency, blamed the Union government for failing  to make transport arrangements for the stranded migrants.

The current situation at Bandra Station, now dispersed or even the rioting in Surat is a result of the Union Govt not being able to take a call on arranging a way back home for migrant labour. They don’t want food or shelter, they want to go back home

Former Chief Minister of Maharashtra Devandra Fadnavis responded with a tweet and accused the state government of playing blame game.

What is more unfortunate is that, in such situation too, State Govt is shrugging off the responsibility from own shoulders and blaming the Central Government.
At least now understand that this war against #CoronaVirus is not a political war!#bandrastation

Bandra was not the only place where people gathered out in large numbers intending to return back home. Several migrants in Mumbra, a suburb of Thane district, came out on the streets to protest. A similar incident occurred in Surat and Hyderabad as well. 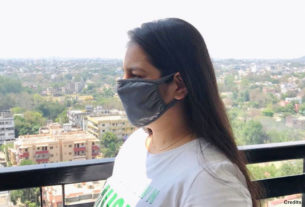 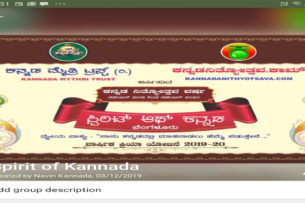 If you use WhatsApp, you can say ‘Kannada gothu’