Though COVID-19 cases are on the rise in Madhya Pradesh, door-to-door screening and sampling is happening at a snail’s pace.

Despite a surge in the number of COVID-19 cases, the state has failed to adopt door-to-door screening, unlike Tamil Nadu, Maharashtra and Delhi, where confirmed cases have crossed the 1000 mark, like Madhya Pradesh

With 361 new cases reported on Thursday, COVID-19 positive cases in Madhya Pradesh reached 1120, with 53 deaths. It is the fifth state to have crossed the 1000 mark.

An official from the police department, requesting anonymity, said that ground reality is in stark contrast to what is being projected. “Door-to-door screening and sampling is not done at the village and block-level in the state. In many villages, people are not even aware of coronavirus and its symptoms. The screening is done only in the headquarters and after that it is sent to Bhopal. It then takes a maximum of four to five days for the reports to arrive.”

“The testing kits are now available in Bhopal. But it would take time for it to be available at the block and district level,” she added.

Sonali Singh, a resident of Bengali Square in Indore, confirmed these concerns. “I haven’t seen door-to-door screening and sampling in my area,” she said. “They had been talking about it, but nothing has come of it so far.”

Indore has become the hotspot of COVID-19 cases of Madhya Pradesh, with reportedly more than 300 cases. It is also among the red zones, as data from the Ministry of Health and Family Welfare shows. Bhopal, Hoshangabad and Morena have also been marked as red zones in the state.

Dr. Navin Dandotiya, a social worker from Chindwara district, who has been on the frontlines in creating awareness about COVID-19, emphasised the need for random screening, sampling and testing to identify cases and create awareness. “The situation is out of control now,” he said. “There is a need for sampling, screening and testing to identify suspected cases, especially in villages. The scenario in villages is far more gruesome. Since they are not aware of coronavirus and its symptoms, they are callous about fever, cold and cough. Often, they shy away from screening and from reporting symptoms, fearing quarantine.”

“However, lack of screening and sampling is not limited to villages only. Even in districts like Chindwara, which has already had a case of coronavirus, the screening is not as aggressive as is needed. The sample has to go to Jabalpur for testing,” he added.

Anmol Charan, a resident of Betul who was in 14 days self-quarantine after returning from Mumbai, confirmed that he has not seen door-to-door screening so far. “After I returned, the local authorities came twice and screened me,” he said. “But there is no door-to-door screening. They are only sanitizing.”

Ishaan Verma, another resident of Betul, said that the situation varies across districts. He said, “In my area, I can see door-to-door screening daily. But I have heard there are areas where it doesn’t happen.”

Ranu Ranjan, a nurse with the COVID-19 assessment team at District Hospital, Betul, said that door-to-door screening is only done in areas where a coronavirus positive patient was residing. She said, “The only positive case that was detected in Betul was kept in Bhainsdehi, a town in Betul, where he was kept in quarantine. His family was screened and the area was quarantined.”

“We are yet to start door-to-door screening at the district level. As of now, only those with a travel history are being screened,” she added.

Mr. Surendra Tiwari, the Public Relations Officer of Betul district, denied such reports. He said, “We are continuously monitoring and accessing the area, and door-to-door sampling is being done. All protocols and guidelines issued by the ministry of Health and Family welfare are being followed. We have only one positive case whose sample was sent to AIIMS, Bhopal for testing.” However, Mr. Tiwari refused to comment on the number of suspected cases in Betul.

Surbhi Kapoor, a resident of Jabalpur said that such sampling is only being done within the hotspots. “There are no such screenings in Ratan Nagar, where I live. But they are doing it in the hotspots, especially Civil lines, where the first four cases were reported. They recently announced that they would be beginning door-to-door sampling soon, but nothing has been done so far.”

Jabalpur was the first district of Madhya Pradesh where COVID-19 was detected on March 4, 2020. The three patients had a travel history to Italy.

Dr. Prashant Jadiya, the Chief Medical Health Officer of Indore, agreed that door-to-door screening and sampling is not happening in many areas. “The government is trying to control the situation as much as possible, with the resources available. Our initial focus for screening and sampling are the COVID-19 hotspots of the states,. However, we have told our medical teams at  PHCs (Primary Healthcare Centers) to report suspected cases.” 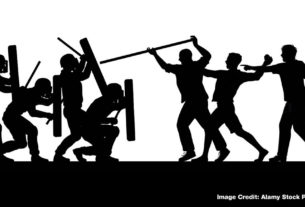 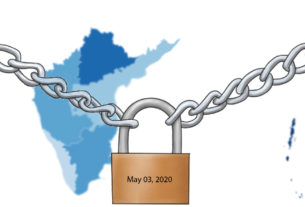