Say they, too, are starving, line up for free food distributed on streets.

White ration card holders of Jharkhand have requested the state government to extend them the same facilities that Below Poverty Line (BPL) and the Antyodaya Anna Yojana (AAY) card holders get.

They complain that they too are starving due to the lockdown. An extension will make things worse, they say.

Their fears came true when Prime Minister Narendra Modi, on April 14, 2020, announced the lockdown would be extended till May 3.

Ravi Kumar, a paan shop owner from Jharkhand, complained that he stands just above the poverty line. “Our situation is also bad as we are not allowed to go out and earn money. So we have requested the food minister of Jharkhand to provide us with food for the next three months under the new scheme provided to other card holders during the lockdown,” he shared.

Jitendra Singh, an autorickshaw driver, and his family go out to get free food provided by the government at public places. “I’m the only breadwinner of my family. Due to the lockdown, I’m not going out to earn money. That is why we, white card holders, are asking for the same facilities provided to BPL and AAY card holders for the past 10 days. But no one has helped us so far.”

The white ration card is used by above poverty line people whose annual income is more than Rs 1 lakh per annum. These people work and earn on a daily basis. The lockdown has robbed their earnings.

Yogendra Singh, sub-divisional secretary of the Food Corporation of India (FCI), said: “We only get limited stocks for assigned card holders. We were asked to not distribute it to anyone other than the people who come under BPL, AAY and APL cards. If we provide food to white card holders, then we will face a shortfall of food for others.”

Abdul Sattar, chief functionary of the NGO Hind Welfare Foundation, said: “This is a crucial time not just for middle-class people but for everyone. Everyone is facing a financial crunch.” The government should help the daily-wages workers of Jamshedpur as they are unable to go out to work.

“It is the government’s responsibility to provide food to them without seeing which card they hold.  A lot of people are scared to go out to public places to get free food. So it is better if the government provides more commodities to ration shops, which will distribute them to everyone,” Sattar added.

Saryu Rai, the food minister of Jharkhand, tweeted that the government should provide white card holders with essential commodities as they are in need.

The state governments have issued different types of ration cards.

Antyodaya Anna Yojana Ration Card: It is issued to the poorest families with no stable income. Elderly men and women, unemployed people, and labourers come under this category. Antyodaya ration cards are issued to families that have an income of less than Rs 250 per month. A green-coloured ration card is issued to Antyodaya beneficiaries. The AAY cardholder gets 35 kg of rice at Rs 3 a kg.

Below Poverty Line Ration Card: This card is issued to families that come under below the poverty line. BPL families have an annual income of Rs 27,000 or below.

APL Ration Card: APL Ration Card is issued to the people who live above the defined Poverty line. Anyone can apply for this card. There is no annual income limit under this category.

Blue/Pink/Red Ration Card: Blue Ration Cards are issued to families above the poverty line in the state. Special subsidies are provided to these Blue Ration Card holders. This card is used to take Kerosene from Ration shops on subsidy rates. Families who do not have a Gas/LPG connection can apply for a Blue Ration Card.

Orange Ration Card: Orange Color Ration Cards are issued to those who live above the poverty line. The annual income differs from state to state.

On March 25, 2020, the Modi government approved the world’s largest food ration security benefit scheme, a report said. Under the scheme, beneficiaries are provided with 7 kg of rice per month for three months. People covered under the Public Distribution Scheme (PDS) will get wheat at Rs 2 per kg, and rice at Rs 3 per kg. 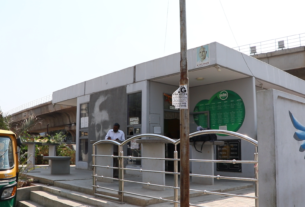 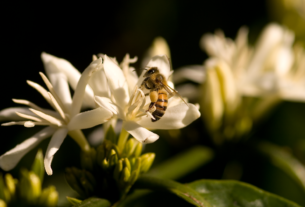 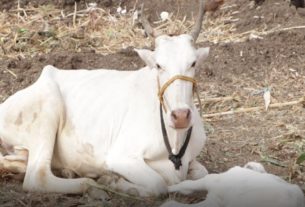