Skip to content
Home > Taluk > No doctor at hospital, health of Muddebihal at stake

The Muddebihal Taluka Hospital which treats nearly 500 patients a day is operating without a permanent doctor.

M. B. Mullar, a resident of PK Nagar colony, was relaxed about her delivery as she lives just beside the Taluka Hospital, Muddebihal. She lives with her old mother-in-law as her husband goes away for work. Mullar said, “My husband was anxious when he had to leave for his work. I had asked my husband not to worry given that I have the medical help just near my hand, but in the end, everything changed.”

At the last moment, when she was taken there, the hospital authority referred her to the District Hospital, Bijapur. The hospital stated that they had no doctor at that time, let alone any gynaecologist to do the delivery.

There are hundreds of these Mullars in Muddebihal taluk. The main reason for this situation is that the deliveries are mostly done by staff nurses. They can handle the normal deliveries but whenever any complicated case turns up, they refer the patient as that goes out of their capability.

Rajashree Hokrani, a staff nurse said, “This hospital is completely dependent on the staff nurses. We are the ones running this hospital. We do all the deliveries here. The doctors are hardly available. If there is any complicated case, we try to reach out to them over phone calls.”

“We describe the situation and they suggest us what to do over the phone without actually seeing the patient at times but we are not doctors. Whenever we feel the case is complicated and we can’t handle, we instantly refer them to the District Hospital, Bijapur,” she added.

The same story was heard from another staff nurse Kamalakshi Kulkarni, “It is one heck of a job to deal with these many patients. At times the doctors are not there and we have to decide on our own what we should do. We see if the case could be handled by us and if not then try to reach out to the doctors but they are not always available and we have to decide to refer them.”

Apart from that the patients often complain of flaws in the treatment. Like M. B. Mullar, who shared her experience during her early pregnancy days said, “I went to the hospital when I was three months pregnant with stomach-ache. There was no doctor. A nurse was there who didn’t do any check-up on me and prescribed me some drugs. After taking them my condition worsened to a level that I had to be taken to the Bijapur District Hospital. The doctors of that hospital said those were wrong drugs.”

Sangeetha Waddar, another resident of Muddebihal had taken her four-year-old daughter Swapna to the hospital who had caught a bad cold. Dr Manasa K. checked the girl and gave her a blood test. When the report came it left the whole Waddar family devastated. It showed that the child had got tuberculosis. Somehow, after a few days of mental distress, she managed to put herself together and again got the blood-check done in a private clinic. Now, this new test showed that Swapna was completely fine.

After that, a very infuriated Sangeetha had gone to meet Dr Manasa, the doctor concerned to ask about the report. In response, the doctor didn’t accept their own fault and rather claimed the other test to be erroneous and that she should get it checked from the District Hospital.

The claim again got her concerned. The next day she went to Bijapur with her daughter to do the blood test again and again the result came normal. Swapna now studies in class II and is completely fine. And there are various such cases.

Dr Anil Kumar Shegunasi who is the current Chief Medical Officer (CMO) of the hospital is also not posted here. His posting is at Kalagi Community Health Center (CHC) which is situated almost 20 km away from the taluka hospital. He is an anesthesiologist there, but he is given the responsibility of the taluka hospital as there is no permanent doctor at all.

Dr Kumar said, “I have to manage between both the places. I mainly take care of this taluka hospital for last 14 months but whenever they need me in the Kalagi Community Health Center, I have to rush there.”

He also said that this hospital doesn’t have a permanent doctor and is functioning with three contractual doctors. The doctors are Dr Sangamesh Pattanad (MBBS), Dr Manasa K. (MBBS) and Dr Avanish Kulkarni (MBBS, MD- General Medicine) who work on three different shifts.

Though the patients complaint that the doctors come one-two hours late and leave early too.
According to the Indian Public Health Standards (IPHS) Guidelines for Sub-District/Sub-Divisional Hospitals (31 to 100 Bedded), the total number of essential doctors is 24 that includes the specialized ones and also the general medicine ones and the desirable number is 31. Dr Kumar said, “Though the essential number for any 100 bedded hospital is 24 this hospital has only 11 posts sanctioned but we have not a single permanent doctor.”

With one doctor at one time, it’s not possible to handle the crowd of the patients and they have to bring a doctor from the District Hospital, Bijapur. Dr A. Nagaraj A. Biradar (MBBS, MS, Gen- Surgery), has been visiting the hospital for the last seven months. “I have to visit the hospital once or twice a week as part of my job schedule as the hospital is running without doctors.”

The hospital is a hundred-bed hospital only on paper. This reporter took a look around the hospital and found out the general male ward has 11 beds, the female ward has 12 too, the maternity ward has 14, the infant’s ward has four beds and three beds for the Intensive Care Unit (ICU), two in the dialysis room which makes 46 beds in total.

Apart from that, certain other problems have developed due to the lack of doctors such as the Intensive Care Unit which is equipped with all the necessary machineries, is not being operated as there is no doctor. A Dr Kumar stated, “We can’t use the ICU as to operate an ICU one has to have one physician, a surgeon and an anesthesiologist for operating round the clock. Here we are not getting a single permanent doctor how could the ICU be working?”

The hospital has an infant’s ward, which has four beds with all the necessary machines like warmers but as there is no paediatrician, the ward remains of no use. “We don’t have a paediatrician over a decade and can’t tell about before that. That’s why we don’t admit the infants at all and refer them providing the first-aid treatment,” Rajashree said.
“We also don’t admit any accident cases as its mainly we nurse working here. We can’t treat them how a doctor will. These emergency cases are more complicated and riskier. So, we provide them the first-aids and the refer to the district hospital,” she added.

Other than all these issues, the hospital does not have any canteen too. The family members of the patients admitted have to bring the food from home. Recently the government gave a tender to a private organisation to provide meals in the hospital.

In a situation where getting a single permanent doctor has become such a task, the only doctors that are working here are also not getting paid on time. Dr Kulkarni narrated his struggle, “It is a major problem not getting a single permanent doctor. Managing a hospital as big as this is a real struggle and often, we have to overwork depending on the circumstances. I remember at times I had to be here over 20 hours.”

“At times the doctors from the nearby Primary Health Center (PHC) also come to help us. After all this, we don’t even get our salaries. Both I and Dr Manasa are not getting our salaries too. I have got only one month’s salary by now,” he added.

Dr Edmond Fernandes, Chief Executive Officer, Center for Health and Development, Mangaluru said, “The disproportionate doctor-patient ratio is the main problem of the state. India faces a gross shortage of qualified doctors. Other than that, why would a doctor be wanting to settle at a place where he/ she can not bring their family with them. Given, these rural areas neither have a proper school for their children and nor any other facilities. No one would want a life like that so it’s not completely the doctor’s fault too. We need to develop our rural areas and provide them with the facilities that they deserve and are promised.”

Dr Shubhangi Goyal said, “The doctors wouldn’t like to stay in a backword place that’s for sure but the government doctors don’t have a choice. Once they are appointed, they have to go. However, if the doctors are not being appointed then it is a problem with the government’s system.”

“India needs to invest heavily in shaping the health system. Currently, our GDP on health stands at 1.3 per cent whereas the goal is to reach 3 per cent.”, Dr Fernandez added later.

Facing losses, but reluctant to change

Struggle to get the roof 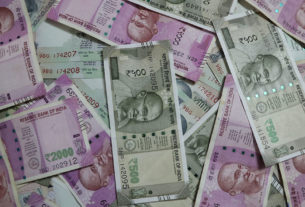