It has been 4 hours since Basawaraja has been cooking lunch on her traditional hearth for her family. Basawarja is a homemaker from Sirwar village of Raichur district of Karnataka. Households in the Sirwar village, continue to use traditional methods like firewood and hearth in the absence of cleaner fuel for cooking.

Basawaraja travels a distance of 5 km twice a week to collect the firewood from agriculture field. She mentioned cooking with the help of the traditional method is slower than Liquid Petroleum Gas. According to the 2011 census data, approximately 49% of households in India rely on firewood as fuel for cooking. Women are exposed to smoke emitted due to the continued use of the traditional method as hearth and firewood. Basawaraja complains of watery eyes and itchiness while cooking on the traditional hearth. She added, “The smoke emitted from the hearth bothers my eyes. It becomes watery and the tears don’t stop.” A World Health Organisation (WHO) report informs smoke inhaled by women from unclean fuel is equivalent to burning 400 cigarettes in an hour.

Sirwar is a newly formed village in Raichur district with a population of 19,295 people according to 2011 census. It has one Primary Health centre (PHC) to cater to the population of the village. Dr Sunil Sarode, an Ayush medical officer of the PHC mentioned that with prolonged use of firewood, respiratory diseases like chronic obstructive pulmonary disease (COPD) and bronchitis infect women of these households. He added, “People who are exposed to smoke and use traditional cookstoves are often infected with respiratory problems. As the age progresses, they are more vulnerable to diseases like emphysema, pneumonia and tuberculosis.” Jayashree, one of the nurses from the PHC said that the center treats one to two cases of respiratory problems daily. According to the World Health Organisation (WHO), household air pollution causes non-communicable diseases including stroke, ischemic heart disease, and lung cancer.

To safeguard the health of women by providing them with clean cooking fuel, Ministry of petroleum and natural gas has launched a central scheme named Pradhan Mantri Ujwala Yojana (PMUY) in May 2016. The programme distributes 8 crore Liquefied petroleum gas connections to below the poverty line families with a support of Rs.1600 per connection for 3 years. Karnataka, under the scheme, has registered refill of approximately 18 lakhs of gas connection till December 2018. Raichur district has registered refill of approximately 1.5 lakh connections till December 2018, with approximately 94 thousands of refill follow-ups post the initial installation.

With documents like below poverty line card, bank account details and Aadhar card of the women of the household, application for the subsidised gas connection can be registered under the scheme. However, Basawaraja was unable to register herself under the scheme even after providing the documents required. Santamma, another resident of the village was refused of subsidised gas connection as she lacked a central bank account. She said, “I had given a photocopy of BPL card, Ration card, Aadhar card and my Karnataka bank account details. I’ve tried applying for the connection for the last 2 years.” Those households who have managed to get subsidised gas connection under the scheme complain of the irregularity of subsidies. Nagaraja Patil, a construction worker from the village said, “I do not refill the gas cylinder often as I cannot afford to pay for it. The subsidies ideally get transferred to the bank account; however, it has been months that I have not received any. I’ve complained about it to the local governing body but that did not resolve anything.” Households even complain of fewer refill station in the rural area. Vijayalaxmi, a wage labourer from the village said, “The refill stations are far from our home. The refills are expensive and to get to the station we have to spend another Rs 50-100 for transportation.”

To bridge the gap and provide rural households of India with cleaner fuel, there is a need for cost-effective alternates to the old traditional method of cooking. Teri, The energy and resources institute is a nonprofit, policy research organisation working in the fields of energy, environment and sustainable development. The organisation has been a financial provider for UNNAT chulha abhiyaan. National Biomass Cookstoves Programme promotes improved biomass cookstove to provide a clean cooking energy solution. It helps to reduce the consumption of fuelwood with higher efficiency and lower emission.

Clean combustion cook stoves are 15-20% more effective than conventional stoves. These cook stoves are highly customizable for local rural needs and are user friendly and affordable. Dr Lasya Gopal, the Area convener with the Center for Impact, Evaluation and Energy Access with TERI said, “These stoves provide health benefits because of reduced emission. The person cooking who would otherwise have had regularly watery eyes, respiratory issues and persistent coughs don’t suffer of them anymore. It is cost-saving as they don’t have to spend money on firewood. Teri has always coupled these cook stoves with solar lighting. It helps to provide clean lightning and save kerosene use. It reduces the use of fossil fuel and increases the use of renewable energy sources.” 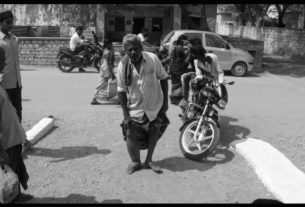 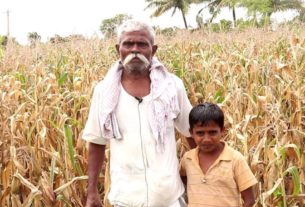 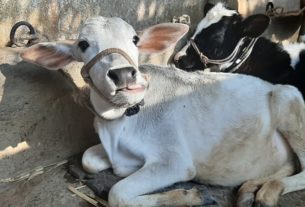