Skip to content
Home > Taluk > Bijapur > A skill with a cost

People of Sindgi taluk use the traditional method of the charcoal kiln to produce charcoal which has harmful effects on their health and environment.

Mehboobi Khan is one among the many charcoal-kiln workers of Sindgi, who work round-the-clock to produce charcoal. She, along with her family remains exposed to the smoke produced during the process of charcoal production as they reside by the kiln.

Mehboobi expressed her concern about not having any other skill to pursue in order to earn a living other than working in this ‘Smokey den.’ She said, “I get tension due to this smoke, I feel suffocated and go breathless. This is the only work that I can do, where will I go leaving this?”(Translated)

Satish Gowda lives in a village called Othihal, which has the highest number of Charcoal Kilns in Sindgi taluk. He has seen these activities prevailing in the village since his childhood. He said, “we have eight charcoal kilns in total. People who work at the charcoal kiln face a lot of problems. Our village has no hospitals, if we get any serious problem we have to go to Sindgi. The doctors over there charge a lot of money and these people can not afford it. Charcoal Kilns pollute the environment and also, the smoke that comes out of the kiln suffocates the people.”(Translated)

Even if there is a problem associated with the whole business of producing charcoal through these traditional method-the people of the taluk cannot restrain from practicing this as it’s the only skill that the people involved in this business acquire and thus they can’t think of switching.

With no hospitals in the village, the villagers are forced to travel far to Sindgi in order to get treatment. It is worse for the women as they do not know to ride vehicles and cannot go to hospitals themselves and hence they’ve to be dependent upon their husband. The option of traveling through a means of public transport is also knocked off as there are specified times for the bus to arrive; bus-only comes twice a day. Nobody opts for an auto as it charges a lot, they prefer to share autos, but they are normally filled till their roofs, with people hanging on either side of the auto like canisters on a Milkman’s bike.

Dr. A.A. Maagi, Doctor at Government hospital, Sindgi, said he sees 10-15 cases of COPD (Chronic pulmonary diseases)on an average. He also said, “the people who use Charcoal Kiln mainly suffer from COPD (Chronic pulmonary diseases), Asthma, TB; they can also go into malignancy of the lungs. They can get pneumonia also. We advise them to avoid working at charcoal kiln’s and wear a mask whenever they are doing some work in the Bhatti (kiln).”

Though it is advised for the people working in Charcoal kilns to wear masks and gloves while they work, none of them seem to follow it.

Two essential elements for carrying out this activity is the requirement of wood and fire. Tones of trees that are cut for this purpose which contribute largely towards the devastation of the forest and burning of it contribute towards environmental pollution.

Akshay Heblikar, an Environmentalist, said, “If we look at the production of charcoal in countries like India, there’s a lot of deforestation linked with it. The problem mainly is that they are mostly earthen kilns, highly inefficient but they are the only source of fuel for marginalized and rural poor. The loss of forest cover on a large scale is definitely going to give rise to global warming due to the emission of carbon monoxide and methane during this process. It affects the health of these people as it causes respiratory disorders. There has to be a legalized and regularized way, there has to be a change in the policy made by the govt.”

A report by indianstats in the year 2016 shows Karnataka among the top five states in India in terms of charcoal production.

This practice is passed from generation to generation and might even continue to exist for the next few generations until there comes an alternative which the people like Mehboobi can rely on. 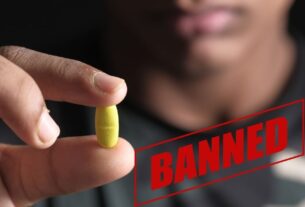 Ready for the next round