Zimbabweans are reacting cautiously to the regime change in their country. Several of them are quite sceptical of what is to come.

Kelvin, a student from the University of Zimbabwe said that it is tricky at the moment to rejoice just yet because the same people who removed the President are the one’s who had kept him in power for so long.

Simbarashe a Zimbabwean student who has been studying  BBA in Bangalore, India said that the people were hoping for a regime change for a long time however he is not sure how this current development will change the situation in the country.

He said, “We know Zimbabwe is all gone but we are looking for a change.” He said that the country had declined considerably after 2000. He said that Robert Mugabe was a good leader but was surrounded by corrupt ministers and officials who have been for decades involved in money laundering.

He added that there was not much opportunity for employment or education in his country. Therefore, he had come to India to continue his higher education.

He said he got regular updates from his family back in Zimbabwe about large scale instances of violence and anarchy as the protests against the estranged leader took to the streets.

The political coup was however, followed by mass protests across the nation’s capital where people shouted slogans like “The People of Zimbabwe want Mugabe Out”, “Zimbabwe Army the voice of the people – Mugabe Out”.
Students from the University of Zimbabwe refused to take their examinations and they had to be rescheduled for November 23.

However, a few appeared relatively positive about the situation. Memry, a professional based in Harare said that everything is now stable and people are happy as there is no violence.

Kelvin said that people are now hoping that maybe in the next few months there will be an actual change in the government as the current political transition gets completed.

Dr. Chengappa B M, Assistant Professor of International Relations and History (Christ University) said this regime change won’t really change the political or economic situation in Zimbabwe. The current intended President Emmerson Mnangagwa was the country’s intelligence head and Intel heads have been known throughout history to usurp power. 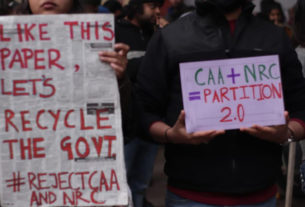 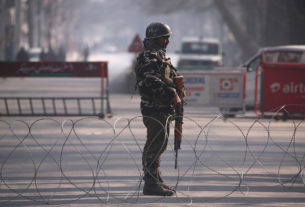