Hope people remember this on May 23, says B.PAC

Only a third of Bengaluru’s MLAs have a good score – 75% or more – in ratings released by the Bangalore Political Action Committee (B.PAC), a citizens’ group.

A study done by the group shows that only nine of the 27 Bengaluru MLAs have a percentage of 75% or more, B.PAC’s CEO and managing trustee Revathy Ashok announced a press conference on Friday.

The ratings are based on an analysis of the MLAs’ performance on eight parameters: Attendance in the House; percentage of MLA LAD fund utilization; criminal record; educational qualification; social media presence; perception survey; starred questions; and unstarred questions.

Ashok said the analysis aims to bring objectivity into electoral discussions and encourage voters to engage with their respective elected representatives to make an informed decision.

“However, we ask you to not interpret this as a rating of integrity and quality of work undertaken by these MLAs,” she said.

“The urban middle class feels extremely disconnected with the events happening around. We decided to provide information to them so they could use it for their knowledge and to question their respective MLAs,” she said.

“We hope Bengalureans will use this information and come out on the 12th of May and cast their votes,” Ashok said.

B.PAC has put up the ratings on various public domains for citizens to see.

In the past, B.PAC had come up manifestos like the ‘Swalpa adjust maad bedi’ at the constituency level. It has now come up with another city level manifesto that has issues like waste management, electricity and water.

One of the main demands of the group is a directly elected mayor and a safety vision for the city.

Asked about the study, Dennis Keith, a professional, said: “Citizens themselves should do their homework. I can’t take the results of this study on face value. It tells me how much percentage of the funds was used by the MLA, but, I need to know where the funds went. If the MLA says he used it to build roads in Marathahalli, I will know that it’s false, because the roads there are getting worse by the day. Also, these ratings don’t exactly reflect the work MLAs have done. While an MLA can have good attendance in the assembly, he may not be as diligent in his job. But, yes, it definitely helps us make an informed choice.”

B.PAC works to enhance the quality of life of Bengaluru citizens. Its focus areas are good governance; integrity and transparency in all arms of the government; improving quality of infrastructure; and the creation of a safer city where the rule of law is ensured for all citizens.

Ration scam in Nadia? Complaints pour in about non-availability of food grains 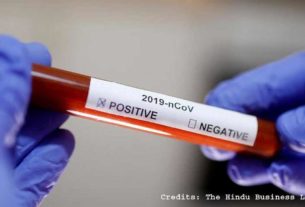 Screening and sampling for COVID-19 in Madhya Pradesh inadequate