Although Bangalore has seen a rise in cases of adoption, the system still needs a few kinks ironed out.

Bangalore, January 24, 2018: Bangalore saw a rise in adoption cases this year according to the Directorate of Women and Child Development (DWCD).

Mrs. Shailja of DWCD said that adoption cases have picked up since last year For the April till March cycle, 2016-17 we gave away 293 children for adoption. And happily, for the year 2017-18, 233 children have already been adopted with two more months to go.”

Yet some prospective parents assert that the systems isn’t easy and lacks a personal touch.

“I feel cheated and duped. It has become inhumane. I feel I have wasted 2 years of my time in adoption. We have spent around Rs.75000 for the whole process only to come back home without a child. I have also gone down the seniority list from 40 to 1400 even though this was my second referral. They have not given me my due third referral. I have to wait another 3 to 4 years to adopt a child now,” Khushboo Shah, a prospective parent from Bangalore said.

Availability of children is a the main isse and we are unable to fulfill the needs of prospective parents said Narmada Anand, project Director of Integrated Child Protection Security.

“The queue is long and there are just 3,000 children for adoption for 15,000 parents. There are parents who are waiting for adoption since two years,” says Srobona Das, head of an online community, For & Of Heart Babies.

According to the new rules by Union Ministry for Women and Child Development notified in 2015 for Central Adoption Resource Authority the prospective parents will be shown only one child instead of 3. Parents will be given 48 hours window to accept or reject the child. They will be allowed two more chances after 90 days each. If they reject the third time, they will move down to an extremely long list of 15, 000 prospective parents. 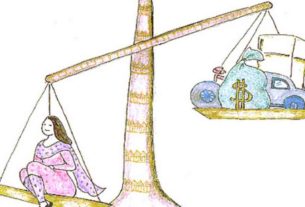 Dowry harassment at its peak in Bengaluru