The State-wide bandh over the sharing of Mahadayi river water between Karnataka and Goa was near total in Bengaluru. Shops and restaurants remained closed through the day, and transport was almost completely suspended. Operations resumed after 6 pm.
The protest, that began near the Gali Anjaneya Temple near Satellite bus stop, saw huge participation from pro-Kannada organizations and farmer’s associations. The protestors marched towards Town Hall, holding slogans and wearing a green piece of cloth around their neck, shouting ‘Beke Beku, Nyaya Beku (We need justice)’.
Krishna Gowda, the leader of the Karnataka Agriculture Association, said, “This bandh is very important to us. Many farmers are suffering due to lack of water and end up committing suicide when they do not have enough water to cultivate crops.” Farmers have enough loans to pay back, and farming is their only source of income, he added.
The Karnataka Rakshana Vedike (KRV), led by Praveen Shetty and Narayan Gowda protested outside the Satellite Bus stand near Mysore Road. “We are fighting against the atrocities committed by the government against the farmers. Bharatiya Janta Party (BJP) has been very unfair to the farmers and so have the other governments,” said Kannada Krishna Kumar, a member of KRV.
The bandh gained momentum after Vattal Nagraj joined the protest. There was also a group of musicians who performed with drums and tamate to keep the protestors energized.

Transport
Regular transport services such as buses and autorickshaws were affected by the bandh. Karnataka State Road Transport Corporation (KSRTC) and Bangalore Metropolitan Transport Corporation (BMTC) were not operational, causing inconvenience to travelers.
Yogesh, who had booked a bus to Tirupathi through KSRTC a few days ago had to cancel his plan due to the bandh. “We did not even get a message notifying us that the bus is cancelled, there was no communication at all. We kept trying to contact KSRTC customer service, but the line was busy,” said Yogesh, exasperated.
Trucks and buses that did ply were overcrowded, with people standing at the door and sitting atop the buses. Cops were deployed in front of the metro stations. Raghu, a security supervisor deployed near tin factory said that the situation was peaceful..
App-based taxi services like Ola, Uber, Airport Taxi as well as Bangalore Metro functioned normally. However, booking counters for Ola and Uber at various metro stations and City Railway Station were closed. Fly bus services and Vajra Vayu to and from the Bangalore International Airport were also temporarily closed.
KSRTC and BMTC resumed their services later in the day.

Malls
Malls and other shops in the city were shut down, to be opened by 6 pm.Constable Nijaguna R C of Malleshwaram police station deployed near a mall informed that the bandh was peaceful.
Krishna Rajendra Market (KR market) saw a major drop in customers. Imran Khan, a fruit seller in the market, informed that there were hardly any customers since morning and that there were no sales. “We can always save our fruits, but it is the tomatoes and coriander that get spoilt, that is the only loss,” he added.
Sitting in the corner of the market cutting sugarcane, Maniswamy informed that the bandh did not affect him. “If I close my shop, who will feed my family?” questioned Mani. “I will, in fact, give sugarcane to all those who come and try to disrupt my work,” he said.
Restaurants also remained closed during the protest. However, Indira canteen functioning properly in many places.

Companies
Most IT companies like TCS, Amazon, Cisco, Ernst and Young, KPMG, DXC Technology asked their employees to work from home. An IT engineer at TCS said that the bandh affected his personal and professional life, and disrupted his routine.

“I respect the demands raised for water but I believe that a bandh is not the solution. Campaigning for a cause would have been a better and an effective solution. How would a bandh in Karnataka bring about the desired change in a Goan government decision?” he questioned.

Acid attacks on the rise in Bengaluru in past 4 years 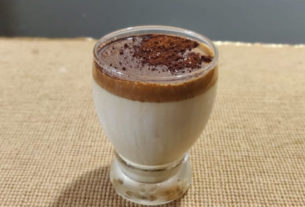