Having a Pucca house with basic facilities including toilet, water connection, and 24/7 electricity is a dream of every person. In 2015, Prime Minister, Narendra Modi promised to fulfil this dream of every homeless citizen in the country.

Little did they know, that the promise will not be carried out appropriately. Today, many families survive in incomplete houses with four-sided cemented walls; defecate in open, stand for hours in scorching heat to collect the last drop of water.

Abdul Aziz and his wife with their nine children lived in a small kaccha house with plastic pieces attached on the walls to block the holes which used to leak heavily during the rainy season. Back in 2014, he and his family migrated from Andhra Pradesh to Manvi, a taluk in Raichur district. He started working as a cinema operator there. However, he had to leave his job as he was not able to manage his family’s expenditure in Rs. 1,500 per month.  June 24, 2016, his house broke apart in the heavy rains. He and his family slept outside on the road for eight days until they got a house under Pradhan Mantri Awas Yojana scheme.

Under PMAY-G, Abdul Aziz and his family were selected in the list of beneficiaries after they lost their kuccha house. In 2016 he and his ten-member family shifted to an L shaped airless house.

“The first day when we shifted to the house we felt extremely grateful, but we did not know then that our life would become difficult after that veryday,” said Raziya Begum, wife of Abdul Aziz.

Under PMAY scheme the beneficiaries are entitled to get a house of 25 metresq with other essential amenities like water connection, 24/7 electricity connection, toilet, and kitchen space. Prime MinisterNarendra Modi started the programme with a vision of “housing for all” by 2022. There have been many such schemes in the past which aimed at providing affordable housing to the citizens of the country.

The programme is not a new plan, it all started after we got independence. The mission started with providing houses to the refugees who migrated during partition. Since then we have had various schemes by both central and state government that looked after providing a basic house to every family in the country. PMAY is not a new scheme; it was in June 1985, when Congress government launched the Indira Awas Yojana scheme with the same motive of constructing houses for communities including scheduled caste, scheduled tribes and other backward classes.

IAY was then collaborated with the Jawahar Rozgar Yojana in the year 1989. However, in January 1996, IAY was declared as an independent programme and was delinked from JRY. By the year 2005, a new scheme named Bharat Nirman Programme can translate into implementation which bought all the necessities like electricity, water connection, housing, irrigation under one scheme. In June 2015, the name of the IAY programme was shifted to PMAY. The target was set by the Modi government to construct three crore houses.

Anand, the rural officer of Manvi Taluk, informed, “The work is in progress, and we keep a closer look at it. However, most families have seven to eight members living together, because of which they find loopholes in the scheme”.

“Little did we know our dream of having a house would never be accomplished,” said Abdul Aziz. He and his family got an L-shaped house with half covered roof from the government; they had to shift to the place immediately as they had no other place to stay in. “Having a house was the most important thing at that moment, sleeping out with our daughters was not safe; hence we decided to shift to the house despite open roof. The authorities promised us of providing house papers, and complete roof in the next few days. However, nothing like that happened, we waited for six months but did not get any response, it was becoming hard for us to manage as rainy season arrived and our house was flooded with water. We then saved money and covered the house with plastic sheets, which used to leak, but we had no money to buy bricks and complete the house,” informed Raziya Begum.

The house has one tight, airless room which cannot accommodate more than four people at a time; however, six of them sleep inside and rest four of themsleep outside the house. They sometimes have to use towels as bed sheets to cover them in the night.

The beneficiaries list under the Pradhan Mantri Awas Yojana (Gramin) scheme is decided and prepared by the gram panchayat in consideration of counsellor and a few selected members. The family income is taken into consideration, if the income of the family is less than Rs. 32,000 per year; they are most likely selected among the list of beneficiaries, informed Khasim, survey conductor of Sangapur gram panchayat.

“At 5 a.m. sharp every morning, me and my seven daughters walk three kilometers to an isolated area with dense bushes in order to defecate,” informs Raziya Begum. “We have no other option but to wake up early morning and defecate before the sun rises,” says Reshma, the eldest daughter of Raziya.

After coming back, Raziya Begum covers a cloth around her mouth and starts cooking on a brick stove in a small tight area of the house. The kitchen walls are covered with black spots due to less ventilation. The children are given rice and curd for breakfast and dinner whereas the husband and the wife survive only on chapattis.

“Yes, we do have ration card but what is the use of it? We earlier at least used to get sugar and oil, now we hardly get anything. Even if we do, it is difficult to fill the stomach of eleven people in the family,” says Raziya.

The quality of the water condition in the taluk is inferior. Families use the same water for drinking, washing and even cooking.  Dr. Chandrasekar, the health of officer of the taluk confirmed that the water contains a high content of fluoride and often because of that many people especially children suffer from diarrhoea.

Karishma, Taiseem and Minahaz, three daughters of Abdul Aziz suffer from severe diarrhoea. “My stomach keeps on paining even after the medicine I take. The urgency of going to the washroom remains all day long, but it gets difficult for me to go out and defecate in the daylight. Life would have been easier if we were provided with a toilet in the house,”said Karishma.

Out of the nine children, only four of them are getting education. “Our parents can’t afford education for all; they are trying to save money in order to construct another room so that everyone can at least sleep inside the house. Our saving varies in different months, sometimes we try and save Rs. 100; sometimes we end up saving only Rs. 60 per month.  Roti, Makan, and Kapada are the basic need of every family,”confirms Reshma.

Indira, the Urban Head in charge from the Municipal office in the taluk says, “30 per cent of the official data is false due to corruption; in order to enter the data in records, construction of houses are quickly done without focusing on providing essential amenities”.

In a small village named Jomauldodi of Manvi taluk around 20 families are registered under PMAY (G) scheme, but not even a single family has received a house. Shakira, a malnourished 18-year-old mother of three children, lives in a house with her husband. Her house is made up of aluminium. “Two years back a survey conductor came from the Panchayat office and selected our family’s name under the beneficiary’s list. We were asked to show our Aadhar card and bank passbook during the survey. The conductor informed us that within three months we would get a house but it has been two years since then,and no house has been provided to us”.

We have received complaints by the people who were selected under the scheme, we understand many of them have lost their houses in the heavy rains, we are thus working our best to provide them houses soon, confirms Vijay Lakshmi the chief municipal officer.  She also added, due to land scarcity, the construction process slows down.

My husband works in an aluminium manufacturing company; he got a few aluminium sheets to construct our house. However, our house is on the verge to fall. We have to cook, sleep, and change clothes in one small room. There is no toilet in our house, we wash our clothes and take a bath outside our house. “We have lost our hopes of getting a house under the scheme,” says Shakira.

“For any individual, housing is a basic necessity. It not only strengthens the economic condition of a family but also boosts one’s social status in the society. It helps a family to spend on other essential facilities like education, health, and clothing. It automatically enhances the quality and standard of living of a family,”says Palak M. a psychologist.

“We are looking into the matter, we have received several complaints regarding the incomplete houses however our current focus is on to provide houses to the homeless or site fewer people first,” says an official from Karnataka slum development board.

Kuruvila, an urban planner and housing expert said, “Rural development is not difficult as there is a plenty of space available to construct houses. The building is not a functional house if the beneficiary is not provided with basic amenities like water connection, electricity or a toilet. The true sense of the scheme fails here. The authorities come up with false excuses such as lack of land availability or lack of construction material. The main problem is corruption even at panchayat level”.

Usman Pasha, state MIS Nodal officer who looks after the implementation of PMAY scheme in Karnataka said, ”beneficiaries who fill the applications are entitled to get a house with basic amenities. The panchayat holds the power of providing the beneficiaries with houses and essential amenities. Sometimes, there is a discrimination done by panchayat level in providing houses. The implementation is slow because people do not fill the application properly, and lack of documents adds to the problem.” 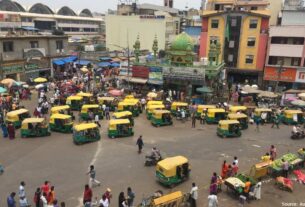 Auto drivers lose their livelihoods amid the pandemic 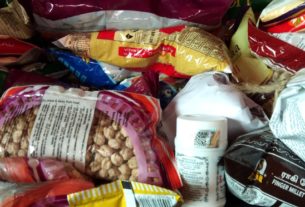