Bangalore, 21 September: The 40-year-old pitch of the M. Chinnaswamy stadium will soon be completely revamped as the Karnataka State Cricket Association (KSCA) embarks on sprucing up the stadium.

The fourth One Day International (ODI) between India and Australia on September 28 will be the last time the pitch will be used before stadium authorities’ start working on it.

Sudhakar Rao, Secretary of KSCA said: “The work on the pitch will begin right after the fourth ODI between India and Australia on September 28.

“It will take around five to six months for the work to complete, and the pitch will be ready by the next IPL”.

He also stated the pitch will be a sporty wicket, and will have equal assistance for batsman and bowlers.

Abrar Kazi, who represents Namma Shivamogga in Karnataka Premier League (KPL), had similar thoughts to that of Mr. Rao. “The last time I saw, the wicket was slow and was helping spinners. I would like to see a sportive wicket which helps all departments—batting, spinners and fast bowlers.”

The stadium was supposed to play host to three Ranji matches of Karnataka later this year, but due to the work on the pitch, the matches will be shifted to other venues in the state. Mr. Rao said Karnataka has enough venues and is well equipped to host other matches in the absence of Chinnaswamy stadium.

More changes are expected at the Chinnaswamy stadium. Mr. Rao said the stadium has been hiring scoreboards so far, and are now planning to procure one. He also mentioned the possibility of improving the northern stand of the stadium.

Earlier this year, Chinnaswamy stadium became the first cricket stadium in the world to have the SubAir system. Mr. Rao said because of this drainage system, the chance of matches getting washed off becomes less, and the game may start within 20 mins of rain stoppage.

M.Chinnaswamy also became the world’s first solar-powered cricket stadium in the world in 2015.

Kids to get free football coaching in Bandepalya court 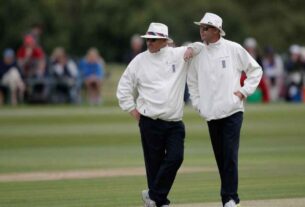