The Karnataka budget for 2020-2021 reflects the government’s resolve to boost the state’s revenue. It proposes raising tax on petrol and diesel, and excise duty on liquor.

In his budget speech on Thursday, chief minister BS Yediyurappa announced a  three per cent increase in tax on petrol and diesel – a measure that will increase the price of petrol by Rs 1.60 a litre, and that of diesel by Rs 1.59 a litre.  He also announced excise duty on liquor will be increased by six per cent.

Srinivas Alavalli, co-founder of the NGO Citizens for Bengaluru (CfB), said, “If the prices of petrol and diesel are increased, it will affect the common man. Due to a shortfall in GST revenue and reduction in grants from the central government…, the state government is forced to hike petrol and diesel prices.

“How do states survive with respect to their revenue? We need to think of a method for fairer allocation of resources. A state that is performing well should not be penalized.”

The CM, who holds the finance portfolio, didn’t leave any stone unturned to impress farmers, saying his government’s focus is to increase farmers’ income in line with the Centre’s goal of doubling farmers’ income by 2022.

The budget also lays emphasis on urban infrastructure. To make housing affordable, Yediyurappa announced that stamp duty on new flats or apartments which costs less than Rs 20 lakh will be reduced from 5% to 2%.

Industry welcomed the announcement of a new industrial policy. CR Janardhana, president of the Federation of Karnataka Chambers of Commerce and Industry (FKCCI), said, “The budget has done justice to all sectors as it was presented in six verticals. The rise in petrol and diesel prices is justified and not burdensome to the common man.”

The CM said Rs 6,108 crore was spent on flood relief, and Rs 6.45 lakh crore paid to farmers as compensation following the 2019 natural disaster in north Karnataka.

Alavalli of CfB said, “We were hoping to get a bus fare reduction. We lobbied very hard but that didn’t happen. But we are happy that the government is proceeding to buy 1,500 diesel buses. This is positive news as we were asking for doubling the bus fleet. Till now, we were getting only empty announcements.”

“The other main thing from mobility point of view is the government seems to have dropped the idea of elevated corridor. Bengaluru’s traffic problems are mainly caused by inadequate public transport. The overall budget shows good intent to improve public transport,” Alavalli added.

CA IS Prasad, vice-president, FKCCI, said, “Enough stimulus has been given for rural areas as there are proposals to set up clusters and textile parks just outside Bengaluru. When the new industrial policy is released by March-end, we will have further clarity.”

Sudhakar S Shetty, a past president of FKCCI, agreed with Prasad.

The budget also contained other socially inclusive measures like Rs 2000 a month for education of autorickshaw drivers’ children, survey of transgenders and environment protection measures like a vulture breeding centre in Ramanagara district, and the state’s first marine eco-park in Uttara Kannada district. 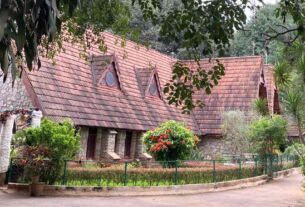 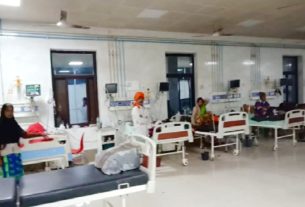