Although BSNL claims a positive mobile number portability for this year, the number of complaints against its network paints a different picture.

At least 151 customers from Bengaluru reported mobile outage, followed by 147 in Pune and 68 in Chennai and Kolkata.

In November 2019, telecom minister Ravi Shankar Prasad informed the Parliament that the BSNL’s port-ins stood at 53.64 lakh against 28.27 lakh port-outs in 2018-19. The mobile number portability (MNP) was also expected to be positive in 2019-20 amid government plans to invest in the infrastructure of both BSNL and MTNL, another state-owned telecom company.

However, many customers have complained that BSNL service staff are not responding to their calls and emails. Shiva Kumar, a resident of Basaveshawaranagar in Bengaluru, said, “I have been a subscriber of BSNL for 15 years now. Connectivity problems are not new. But this time they are the worst. Call drops have become frequent. I’ve tried contacting the operators, but haven’t received any update till date.”

MTNL is also not finding favour with its subscribers. “I get my college assignments online, and most of our lectures are conducted through video conferences,” said Diksha Katariya, a student from Mumbai. “But because of MTNL’s low speed, I’ve missed many of my assignments.”

Downdetector, an online tracking service that provides real-time status and outage information for telecom services, showed that BSNL’s maximum outage reports were received between 1:00 p.m. and 1:00 a.m. in the last 24-hours. Complaints against the internet stood at 75 per cent, while 15 per cent and 10 per cent complaints were against phone and other network/reception issues respectively.

As more and more people start working from home, the number of internet users has gone up three folds. Subscribers have also complained that they are struggling to manage office-work as it demands high-speed internet.

Suresh S, executive engineer at the Bengaluru branch of BSNL, said that they are facing a shortage of manpower, but the company is working hard to fix the network issues. “Our infrastructure is not upgraded like other private telecom operators’. Licensing is costly, and assets are given at throwaway prices. We waiting for the technology push, but it will take time. We appreciate the patience shown by our customers in hard times.”

One of the reasons behind such disruption in services is the state-owned telecom company’s inability to clear its dues to infrastructure companies. Recently, telecom infrastructure companies under the industry body Tower & Infrastructure Providers Association (TAIPA) have asked BSNL to clear the dues worth Rs 1,500 crore. Amid the COVID-19 lockdown, these infrastructure companies are finding it difficult to maintain the PSU’s network, and this has resulted in network outage in many parts of India. TAIPA has also sought the intervention of the Department of Telecommunications (DoT).

Akshay Arora, an electronic and communication engineer, said that these problems will continue to exist for some time because of the increase in the number of internet users amid the lockdown.

“The last three months have seen a  gradual increase in the load on internet. This has slowed down the average speed of downloading. The telecom industry should come up with certain plans that provide high-quality internet. Another reason for the network disruption could be low-ranged or damaged optical fibres. The government has to improve BSNL’s infrastructure,” said Arora. “The companies should also inform their subscribers about these problems, so that they could temporarily use other networks, added Arora. “Customers are entitled to good services otherwise they might opt for a port-out since with so many options, it has become easier to switch networks,” he added. 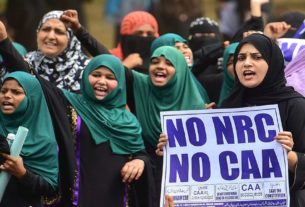 When Women Showed the Way