It is barely dawn. In a street lined with one-storey houses of vibrant colours, the day has already begun for its residents. Heena wakes up to change the napkin that she has been wearing since last evening. As instructed by her mother, she uses the toilet do her napkin business before everyone wakes up or in the afternoon when none of the men are at home. A few houses away, Shravani wakes up to start on her house chores. She helps her mother-in-law in the morning before going to the Pre-University College where she is a second year Arts student. It’s been almost two months since she was married.

Heena is 17 years old and Shravani only a year older. Four years ago, when she was in the eighth standard, Heena’s mother took her out of the school inferring that she has been decently educated. After she left, she stopped receiving the sanitary napkins called “Suchi Pads” that were distributed in her school for free. Now she has to buy napkins that are commercially available for a price that is difficult for her to afford comfortably. She rations her napkins and changes only when necessary, oblivious to the fact that more than six hours in the same napkin might cause irritation, infection and a variety of such things.

Shravani, on the other hand, got married while still in the 12th standard. Although she consummated her marriage soon enough, little does she know about birth controls or safe sex in general.

Heena and Shravani are the residents of Raravi village in Siruguppa taluk in the district of Bellary, Karnataka. If you ask any average resident of the village or even the taluk, they will not be able to tell you that there is a clinic, established by the government and mandated in every Primary Healthcare Center that is meant to deal with the problems that Heena and Shravani are going through.

WHAT THE GOVERNMENT DID

On the 7th of January 2014, the government launched Rastriya Kishor Swasthya Karyakram (RKSK) or Adolescent Reproductive and Sexual Health (ARSH) program. This necessitated every Primary Healthcare Center (PHC) in every taluk to have an Adolescent Friendly Health Clinic or “Sneha Clinic” that provides reproductive, sexual and menstrual health counselling to boys and girls aged from 10-19.

The clinic is also authorised to send patients to other Out Patient’s Departments if the case is severe or needs intense medical attention. The state is also meant to set up ARSH Helpline where people can report health emergencies or even contact for consultation or advice.

Interesting names are given to the adolescent-friendly health clinics all over the country to make them more relevant to the rural population such as, ‘Udaan’ in Uttarakhand, ‘Maitri’ in Maharashtra, ‘Sneha’ in Karnataka and such others.

On the first floor of the General Hospital in Siruguppa, there is a decently sized room with a comically large board on top of the door that reads in Kannada “Adolescent Friendly Health Clinic”. The board also mentions the ARSH helpline 104, which does not function, on one side and on the other it lists a number of menstrual issues. Hardly anyone ever sees it open. In all the eight PHC’s and one (Community Healthcare Centre) CHC, there are only two Sneha Clinic Counselors, each one responsible for four of the PHCs.

Basavaraj is the Medical Counselor for this hospital. He is a lanky and nervous man, in his mid-20s. Recently he was in Bangalore, participating in a protest for higher wages for contractual employees under the government. Along with him, a fleet of nurses, some of them the only nurse in a PHC, left their positions to go and take part in this nearly decade-long agitation for pay hike.

“Once a week I visit the schools and Anganwadis. There we hold awareness programs, tell them how to take care of their reproductive health. Our target is boys and girls aged from 10-19 years. We also distribute “Suchi Pads” to the girls. One box contains 12 pads,” Basavaraj says almost in one breath, when asked about the clinic. He promptly opens his drawers and takes out one giant register and a few brightly coloured flyers, written in Kannada, all talking about how the Sneha Clinic will help you. The register has pictures of his school visits and a record of how many children participated and other similar numbers.

“On Monday, during lunch hours, we give iron and folic acid tablets as well. We visit the schools, along with the ASHA workers and with the permission of the head master we conduct a session on menstrual reproductive health awareness with the kids. We conclude by distributing tea and biscuits to the participants,” he adds.

But the problem is this: apart from the General Hospital and CHC, none of the other government healthcare centers have trained counselors. In fact, they do not even have any designated staff. Once a week either the staff nurse or the Medical Officer of the PHC opens the clinic and attends to visitors.

Mallikarjun K., Pharmacist at the Raravi Primary Healthcare Center, is also the District Drug Warehouse In-charge for Bellary. His job is to oversee the main medicine warehouse in Bellary and ensure proper distribution of medicine to the PHCs in the taluks. One of the five weekdays he comes to the PHC and the rest he spends in Bellary.

Mallikarjun is an aged man, in his late 50s, with a warm smile. He welcomes us in his small office that is used as a pharmacy room, as he says, “The Sneha Clinic in our PHC sits every Tuesday. We do not have any separate person to run the clinic so most of the times the Medical Officer himself sits there, and sometimes the staff nurse.”

The PHC in Raravi village looks deserted, with empty cabins and emptier offices. When asked about it Mallikarjun laughs and says, “In all of the eight PHCs, you will find only four clerical staff, you know the people who are supposed to do the data entry and all.” This apparent lack of staff, although admitted by the workers, is not heeded by the government, he says. “We complain and complain but nothing happens. You know, a PHC is supposed to have three staff nurses and we have only one. No one listens.”

A few kilometres later, the story does not change. Dr. Vidyasree, Medical Officer of the PHC in Kuruvalli, says, “Our Sneha Clinic sits every Thrusday. I, myself, attend the patients because there is no one allotted specifically for the clinics.” I ask her if young people come to the clinic for pre-marital counselling.  She says, “You know what happens, these people will get married early, then get pregnant and come here only for their delivery. So we will never know till they are actually pregnant that such a marriage has taken place. Sometimes we go to the mass marriage places and try to educate them about the complication of pregnancy in such a tender age of 16/17. That is all we can do here.”

Sneha Clinics in the taluk could be very well described as arranging once-a-week clinic in a dusty room and occasional classroom sessions. In fact, the lack of awareness among the residents about the existence of the clinic says a lot about the success of the ARSH Program. The extent to which the lack of awareness has reached could be explained simply by the following anecdote:

A talk session was held with the students of the Pre University College in Siruguppa. In a small classroom at the end of the oddly elongated one-storey building with an asbestos roof, the students of 11th standard Biology gathered and spoke about what they know about reproductive care. At the end of the usual series of questions about reproductive health problems and Sneha Clinics, which by the way they have never heard about, a small group of boys came forward to one of the members who held the talk to ask a question, visibly feeling very shy.
In a very hushed tone, one of the boys asked, “If we have sex with more than one girl, will we get AIDS?”
That guy laughed. “Who told you that?”
“That’s what they say. Do not have sex with more than one girl! That’s why AIDS happen right?”

That person did not know how to explain it to these boys, to bust all these myths about AIDS and sex in general in one single conversation. In a culture where pre-marital sexual relationships are condemned, the adolescents are vulnerable to such misinformation. Sneha Clinics and other reproductive healthcare campaigns have the responsibility to educate a child and prevent the spreading of such myths.

Adolescent reproductive health is a sensitive topic in conservative environments like rural and semi urban areas. From the stigma surrounding menstruation and napkins to the utter lack of awareness about safe sex and AIDS, the scenario in the taluk is quite near scary.

But blaming the rural areas saying that the entire stigma surrounding menstruation exists will be dishonest.  Even in big cities when one buys sanitary napkins, the shopkeeper wraps the pack of napkins in another layer of newspaper and puts it in a black polythene bag before giving it to the purchaser, to shield it from any potential onlooker and save the carrier of the pack of napkins from utter shame that apparently comes from being publicly seen holding sanitary napkins.

WHAT DO THE OFFICIALS SAY?

Back in Siruguppa, the Taluk Health Officer, Dr. Suresh Goud quickly dismisses the lack of Sneha Clinics saying that there are enough OPDs or Out Patient’s Departments. He says, “Anybody with any health issue can come there and obtain free check up.”

The District Health officer, Dr. Shivaraj Hede who sits in Bellary has a similar answer. He terms the Sneha Clinics as “work in progress” and comes about as decently satisfied with its present condition. When the question of mandating pre-marital counselling comes up, in view of so many people getting married at such a young age, Dr. Hede says that pre-marital counselling is no one’s concern right now.

It is not that the job of Sneha Clinics cannot be done by any conventional clinic or doctor. But passing on the responsibility of the sexual health of adolescents in rural areas on regular clinics beats the entire purpose of the ARSH program. Reproductive healthcare at the vulnerable period of teenage cannot be achieved without creating a proper awareness about what the problem is before treating the problem.

SO WHY IS IT A BIG DEAL?

A very significant goal of the program is to educate the adolescents about gender violence and how to deal with it, to teach them why it is necessary to delay the first pregnancy, no matter how much pressure the husband or the family brings. Girls like Shravani who get married so early are under a constant risk of getting pregnant or contracting any infection because she does not know better to use condoms or any other contraceptive.

The reproductive healthcare of the adolescents in Siruguppa has an uncertain future. The blatant lack of staff and the lack of attention at the higher levels are reflected in the functioning of the clinic. The biggest worry concerning the sexual health of adolescents is the practice of hushing a problem when it arises.

Girls like Heena and Shravani will never realise that there is a problem with their way of life, with the way they take care of their body, unless someone points it out to them. They can only seek treatment once they acknowledge the problem.

The first step in the access of healthcare is the knowledge that it exists and where to get it. Sneha Clinics fail in this first step as most people do not know about its existence or purpose. 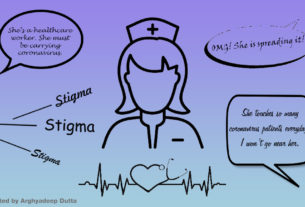 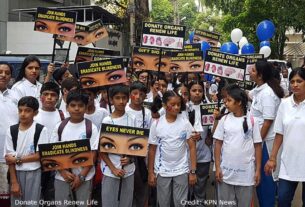