Skip to content
Home > Uncategorized > A LONG CRY FOR A COACH

Coaches are the power of any sports.  An individual and the team’s success is mainly dependent upon the coach. Just imagine a sports ground without a coach? Yes, it is true. Harapanahalli taluk in Davangere district has no coaches in their stadium since 2013.

Harpanahalli has won many laurels in the 90’s and early 2000’s under the guidance of few coaches and primarily by the support of Ram Lingappa who was present in Harpanahalli from 1996 to 2006. He has produced around 150 national players, out of which 40-50 were from Harpanahalli.

“I have played two nationals under Ram Lingappa sir but now after 2013 I was not able to compete due to lack of a coach in our stadium to guide us.  Since then I started doing business as no one helped me to get to the national trials.  Since, Lingappa Sir left no one trained us and other interested players further and everyone started losing their interests,” said Javed, a National Kho-Kho player

Children have stopped playing now as there is no support from the state government in order to provide a coach in the stadium. The stadium was built in 2006 and at that time we had a coach named Ram Lingappa who further moved to Haveri from 2006 to 2010. Later, he returned but only for three years and then in 2013, he moved to the District Stadium in Davanagere, since then there has been no appointment of any coaches in taluk since then,” said Mohammad Raju, National Kho-Kho Player

Karnataka Sport Policy clearly mentions that each and every district as well as taluks must have proper sporting facility and a coach for overall development of the players. Also, to have players from root level as taluks, villages and districts of Karnataka

“Since 2013, Harapanahalli is not producing enough players since all the coaches are here in the district stadium who are training the hostel boys for district and national level. The coaches that have been appointed since 1996 are not permanent and are given consolidated salary that is why most of the coaches do not turn up after being appointed. The coaches from private academies and Sports authority of India are receiving higher salaries as compared to us. Therefore, the difference in the money is a lot since SAI coaches get around a lakh from the central government whereas we receive way lesser which is not even comparable to them. If coaches are made permanent and the salary gets hiked, more coaches will get in action,” said Ram Lingappa, National Kho-Kho Coach, Davanagere

Assistant Director and District Sport Head in Davanagere, B, Srinivas said, “It is very important to have coaches in taluk levels, because most players are coming from root level means village and the distance between taluka stadiums and district stadiums is more than 50 kms which makes travelling difficult, so, this makes coaches very important at these levels. There is not even a single coach in all the five taluk stadiums only district stadiums have six coaches. The parents also not able to bring the students or players to district headquarters that is why it is very much essential to have coach in taluk stadiums for those parents who are looking for their child’s future in sports”

Education these days, a digital divide 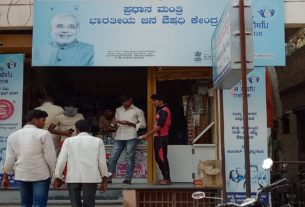