Around 500 people’s names have been deleted from the voters’ list at the polling station in Wisdom International School in BTM Layout 1st Stage, Ward no. 171.
The ward expects more than 66,000 voters to turn up.
“People complain that their names have been omitted and that this isn’t the first time they are facing this problem,” says Ayub Khan, an omitted voter.
“My parents have a voter ID card, but their names are not in the list. We had checked it earlier, and their names had been there at that time. But today, when they came to cast their votes, their names weren’t there. This happened during the previous elections too. Officers told us to come after the elections,” he explained.
A booth level officer at the booth said that this is mainly due to the negligence among citizens when officers come to take Census. People don’t register under the census records, he said.

Sayed Mohammed Imran, a booth level officer said, “Since this morning, I have seen 500 people whose names are not in the list. This is because of minor spelling mistakes in their ID cards and the changes in residential addresses.”
“These are mainly first time voters they don’t even have their names online 900 not even in the list which I have here. Helpline number which is provided by the election commission for the citizens is not efficient enough,” he added. 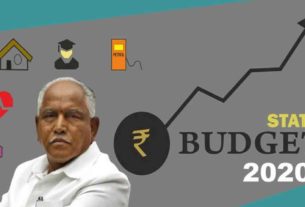