Skip to content
Home > Health > Harapanahalli Suffers from High Level of Fluoride in Grounwater
Excess of fluoride content in groundwater in Harapanahalli creating dental and skeletal fluorosis.
Shree B is sitting on a chair and watching other children of her age playing sitting in the balcony of her house. She really wants to play with them, go to school, eat and drink by herself, and do all the usual stuff as normal children do.
Tippe Swamy, Chief health officer, Government hospital, Davangere, said, “Excess amount of fluoride in groundwater leads to dental fluorosis and skeletal fluorosis. In dental fluorosis, the tooth of the person decay, and in skeletal fluorosis, the structure of the bone changes and it bends. This is what happened in the case of Shree B. She can’t move her hands and legs properly; she is completely dependent on her parents. Every month we receive at least 1000 such cases and all of them are from Harapanahalli, where the Fluoride level in groundwater ranges from 3 to 9 ppm.
A research was done by Ministry of Water Resources in Harpanahalli and nearby areas to test the fluoride contents in water, which says “It is observed that the nitrate concentration in the groundwater results owing to the in-efficient domestic and irrigation drainage network and waste disposal system. The presence of fluoride more than 1.5 mg/l in the groundwater attributed to the decomposition of fluorite mineral in the host rock/aquifer material”
Vishnu M, a villager, said, “Here we do not have any other options to get access to water apart from groundwater as there are no rivers flowing in the area and all other water sources have already ended, now we are only dependent on groundwater, whatever we get, we drink.”
The purpose of this investigation was to assess exposure to drinking water fluoride and to evaluate the risk of dental fluorosis among the Harappanahalli population. The study covered all 20 areas in Harappanahalli and 80% of the population that has access to public water supplies. In the present area groundwater is the main source of public water supply systems in most towns and rural settlements.
Dr. Prashant S, Head of Department, Public Dentistry, Bapuji Medical College, said, “From the past fifty years, fluorosis is the major problem in the district. More than four lakh people are suffering from the problem in the district and more than one lakh cases are registered from Harpanahalli itself. Fluoride is an ion which is present in earth’s crust. Less of it causes problems and excess of it also causes problems. So there is a universal level of fluoride need to be maintained in the central water supply that is in between 0.7 to 1.2 ppm.”
This investigation also revealed that drinking water from selected sources of the Harpanahalli is unsuitable for human consumption in view of the high fluoride concentrations of these sources, especially during the summer season when there is a higher rate of consumption by humans. Water in over 180 of the 213 villages in Harpanahalli taluk has high fluoride content.
M Kashivishwanath, Assistant Executive Engineer, Harapanahalli, Davangere, said, “We are doing the work, we have installed three Reverse Osmosis (RO) units in Harapanahalli Urban. We need more 23 RO units for every ward. But in rural, it is not possible to provide these as in some areas, it is hard to meet water requirements as well, forget about the filters. So only awareness can do the work.”
A local journalist said, “The problem arises in the priority of our government. They are giving money to everything apart from giving it to people’s welfare. The government is not spending enough to cure the problem. And here the bigger problem is that the people have access only to groundwater. Tungabadhra Canal project was initiated to curb the issue or lack of water but unfortunately, the land is taken away by politicians and the flats have been built on the way of canal.”

Ready for the next round 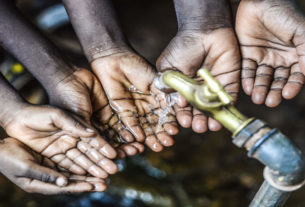 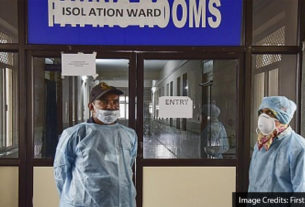