Up until 1 p.m on Thursday, 29.69 percent of the electorate turned up to vote in the Bengaluru North Parliamentary constituency.

A few voters, after casting their votes, talked to the NewsNet team about  issues which they felt were the most pertinent in this election season.

Priyanka, a 19-year-old first time voter from Bengaluru North PC, said: “Election process is new to me. I want a political leader who would address such problems as water scarcity and transport facilities affecting the constituency.”

Mohammed Salman, owner of an agricultural business, said that he wanted  leaders to concentrate on farmers’ problems and focus on the economically weaker sections of society.

Suma, a resident of K R Puram, said: ‘’In comparison to previous years, a lot of work in the area has been done. I am looking forward to better facilities in the future.’’ 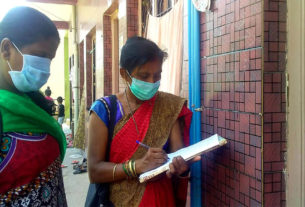