Skip to content
Home > Insight > The preferred cylinder is red

Illegal diversion of subsidized LPG cylinders to eateries is causing a supply crunch in many areas of Bengaluru.

“I have a Bharat Gas connection. They always make fake promises, saying that they will deliver the cylinder within three days of the order being placed. But I don’t remember a single time when they have taken less than a week for delivery. Sometimes the cylinder arrives 10 days after placing the order. I don’t know why it takes so long for them to deliver,” says a frustrated Sayan Ghosh, a resident of Electronics City.

Several other Bengalureans say they have to wait a long time to get their refills.

Kalpana Goenka, an Indane gas consumer in Sanjay Nagar, says: “A cylinder is delivered 10 to 15 days after I book it. According to Indane’s norms, it should be delivered within seven days.”

The main reason for the delay in delivery to domestic consumers is the illegal supply of refills to commercial outlets. Despite a ban on the use of domestic LPG cylinders for commercial purposes, their use in restaurants is rampant.

Section 3 of the Essential Commodities Act, 1955, includes petroleum and petroleum products in the “essential goods” category. Section 7 of the Act clearly states that any person who violates any of the rules mentioned in Section 3 can be jailed for a year and is also liable to pay a fine. The punishment varies according to the severity of the offence.

“I run a Total Gas Agency. I sell red cylinders to almost all food outlets here. I give them for a bit more than the actual cost,” says Venkatesh of Rajajinagar.

The huge difference in the prices of domestic and commercial LPG cylinders is the biggest reason behind the restaurant owners using the former. The domestic refills cost less because the government subsidizes them.

Shahir, owner of FR Bakery on 100 Feet Road, Indiranagar, says he gets Indane’s red cylinders at home and brings them to the bakery. He makes tea and coffee on the red cylinders.

“Inspectors come once a month or sometimes once in two months. We pay bribes or, when we are tipped off, just remove the red cylinder. Using red cylinders reduces a lot of our expense,” Shahir said.

The owner of Funjabi, a famous restaurant on Church Street, got tense when this Insight reporter, posing as a law student, asked him which company’s connection he uses in the eatery.

“If you are a law student, why do you want to know so much. We use red cylinders, but they can also be used in commercial places if they are of greater volume. So we are not doing anything illegal,” he claimed.

Many eateries in Cottonpet, Kumbalgodu, Russell Market and Majestic use domestic LPGs. Shops on VV Puram’s popular food street have red cylinders, attached to their stoves, placed on the road. The owners say: “We don’t want to reduce our profits. We don’t find it risky or dangerous to use household cylinders instead of those expensive blue cylinders.”

M G Balakrishna, a partner at Indo Gas, said 17 shops were closed last year and notices issued to 29 others. “The numbers don’t show the real picture. There are many more than these. Many people get away as they have strong political backing or are rich enough to pay penalties. Another problem is corruption; many officers take bribes and let these people use domestic cylinders,” he said.

Balakrishna suggested that the government consider changing the colour of subsidized cylinders in order to differentiate them from non-subsidized domestic ones.

Illegal diversion of domestic LPG cylinders for commercial purposes is happening right under the nose of the food and civil supplies department. The government agency does not seem to be up to its task of enforcement. 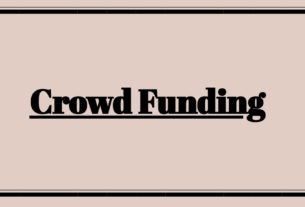