Skip to content
Home > Environment > Poison in the Nectar

People from Saudatti taluk in Karnataka suffer from gastrointestinal infections and diarrhea on a regular basis because of sewage water is flowing into the Mallaprabha River which provides drinking water in the Saudatti Taluk.

Saudatti taluk is one of the oldest Taluks with 148 villages in Belagavi District. Their major source of drinking water is from the Mallaprabha River. Nearly 37.731 TMC of water is pumped in a year from the river to supply water to the Taluk. With waste water flowing into the river continuously, the quality of the river water has fallen drastically over the years.

While the water that is getting pumped for supply is less than 200 meters away from where the waste water is entering, what’s worse is that the water is not treated before it is supplied.

Preethi S, a patient said, “I travelled to Saudatti to visit the temple two days ago, now I’m suffering from severe stomach ache and had to get admitted to the hospital. The doctor said I was suffering from stomach infection due to consuming contaminated water.”

People from Saudatti said they drink the water directly from the river as they cannot afford water filters.

According to the government Taluk hospital in Saudatti, nearly 300-400 patients a month are diagnosed with some kind of infection due to consuming contaminated water.

According to the International Journal for Innovative Research in Science, Engineering and Technology (IJIRSET), ‘the Nitrate content in the river water of Mallaprabha dam promotes high primary productivity resulting in increased growth of algae. In this study nitrate levels were varying from 1.86 to 4.4 mg/l (milligram per litre) in upstream and 1.47 to 6.4 mg/l in downstream.’

Downstream, the values increased since the pollution input gave sufficient indication of the deteriorating quality of water due to entry of waste water in the river.

In Karnataka, the water quality monitoring results are analysed with respect to the indicator of oxygen consuming substances (Bio-chemical demand) and indicator of pathogenic bacteria (total coliform and faecal coliform).The quality of water in maximum stretches of 16 rivers out of 19, including Mallaprabha River, belongs to C – Class, indicating that water is fit for drinking only with conventional treatment followed by disinfection according to Karnataka State Pollution Control Board (KSPCB) reports.

Venkatesh Kamannavar, Junior Engineer, Municipal Corporation, Saudatti said: “The waste water is entering from a gutter that collects all the sewage water from the Taluk. There is no sewage treatment plant as there was neither necessity nor funding for it. People use septic tanks for drainage purposes. Different filters and tanks have been installed for the purification of the waste water that is entering the river and will be functional in 2-3 months.”

Shobha Ananda Reddy, an Environmentalist said, “Entry of sewage water is not only going to affect humans but also aquatic life, affecting the bio-diversity around it. This can have a negative impact on the environment. It creates a foul smell, breeds insects, spreads bacteria and viruses etc. If such water is consumed then this will have severe effects on the human body, resulting in serious illness.”

Lack of Awareness Hampers E-Waste Management in the City 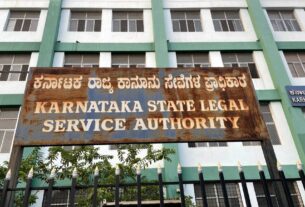