Asked to call 24/7 helpline if there’s a problem

Consumers of piped natural gas (PNG), cheaper and more convenient to deliver than LPG, seem unaware of the risks involved in its use.

“I have lived in Bengaluru for five years. Recently, my landlord took a piped natural gas connection, but none of us was told that it could have severe shortcomings. We were only given a customer care number which they say works 24/7,” said Akash Chaudhary, a resident of Koramangala, informed The Observer.

Asked whether PNG consumers have been informed of safety measures, Princy Soni, a resident of HSR Layout, said: “We have been asked to call a 24-hour helpline if there is any issue. But we have not been told how to detect a problem. We read about it online. It is considered safer than LPG.”

Sunil Kumar Jha, head of the marketing department at the Gas Authority of India Ltd (GAIL), said: “We hold conferences to educate and make police aware in case of any emergency. All the information that any customer would want to know is available on the website. We have a customer service that works for 24 hours. In case of a leakage, a complaint can be filed with customer service. The risk of damage is low in PNG.”

PNG consists of 87-92% methane and is much lighter than LPG, causing it to disperse faster. It is supplied through pipes because storing it is not possible.

Underground PNG pipes hold severe risks like leakages or disasters caused by fire. PNG users are asked to check pipes in their homes for leakages.

It is difficult to figure if there is a leakage, though chances of it are low. But in case of leakage and fire safety, PNG users have to be prepared. It is possible that help reaches on time. But maintenance and risk detection have been left to users.

Even though considered safer than LPG and low in risk of fire accidents, PNG is inflammable. Suppliers need to make users aware of its risks and precautions to be taken.

“I have seen the demand for PNG increase rapidly. Many people in my area took it up after I started using it. I have used it for quite some time. Because I have small children at home, such a concept keeps me relaxed. So far, I haven’t faced any problem. I think small issues can be taken care of with regular and timely checks,” said Shilpa Supahiya, a doctor.

Sheetal Reddy, a resident of Jalahalli, said: “There aren’t any specific safety measures, but the person in charge of our apartments association makes sure the pipes are checked for leakages from time to time.”

Under the Bengaluru City Gas Distribution project, announced in June 2017, many areas in the city will be supplied PNG in the coming five years. A PNG pipeline has been laid in HSR Layout, Koramangala and Jalahalli, besides other localities. The project is being implemented by GAIL. 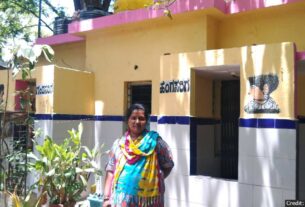 The old and the EVM

Survivors of Covid-19 are grappling with their mental health