Despite social media outreach and other calls for help spanning over three weeks, migrants from Jharkhand are still waiting for  relief.

About 60 migrant workers from Godda district in Jharkhand are stuck in Thane, Maharashtra amid the nationwide lockdown over Covid-19. Despite reaching out to authorities in Jharkhand, they are yet to receive any relief, they say.

On April 13, Dr. Irfan Ansari, Congress MLA from Jamtara in Jharkhand had shared a photograph and contact details of these workers through Twitter. The MLA’s call for help was noted by the Thane Police, who were given the workers’ address by the Covid-19 Control Room in Jharkhand. However, no help has reached them so far.      .

“We have been desperately seeking help since at least March 25,” said Mr. Sakib-ul Ansari, one of these workers. “We have spoken to Dr. Irfan Ansari and Mr. Furkan Ansari (former Member of Parliament from Godda). We were asked to give our address to the Block Development Officer in Godda and we did so. But we are still stuck without help.”

They say that they are now frustrated at the inaction of the authorities.      “Everyone we call for help suggests a different course of action,” added Mr. Ansari. “We are taking ration on debit from nearby shops but we don’t know how long we can go on.”

In recent days, reports of various migrant workers from Jharkhand stuck in other states have prompted a social media outreach by the state authorities. Chief Minister Mr. Hemant Soren, while stressing the need for extension of the lockdown, tweeted, “Besides strengthening social security, Jharkhand government is also working to help our migrant workers in other states through the DBT scheme.”

The Direct Benefit Transfer (DBT) scheme, launched by the Government of India, is a scheme to transfer the subsidies of various social welfare schemes like MNREGA payments, LPG subsidy, scholarships etc. directly into the bank account of the beneficiary.

In similar cases in Delhi and Surat, where 20 and 11 migrant labourers respectively were stuck, rations were provided after the local police’s intervention at the behest of Jharkhand authorities, Newsnet has learnt.

The nationwide lockdown has prompted a reverse migration of migrant labourers from their places of work to their home states. At least two dozen such migrants have died on their way back. The lockdown, which was to end on April 15, has now been extended to May 3.

Mr. Manoj Mishra of the Jharkhand Human Rights Conference says the problems arising out of the faulty implementation of the lockdown needs to be addressed soon. “All states should work to ease the burden on the migrants staying within their borders. Rations and other provisions should be provided. And if that is not possible, there should be an arrangement to send them back to their homes, safely.” 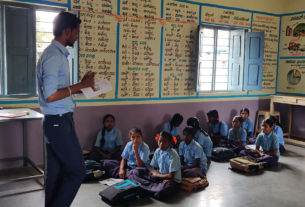 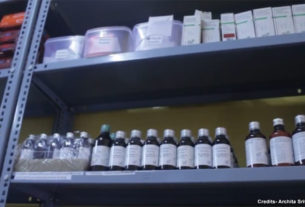 Patients suffer due to lack of Hydroxychloroquine 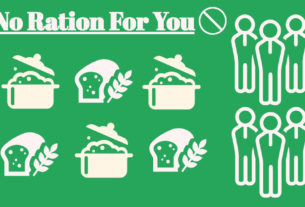 Ration scam in Nadia? Complaints pour in about non-availability of food grains