Government offices in the city are facing a lack of workforce as most of the officials have gone for election duty training.

As the Lok Sabha elections have begun today, Several government officials are on election duty training. This has affected the consumers who come to the offices to get their work done.  People complain that they were not informed about the offices not functioning before.

Hanumantappa, a consumer at Kengeri Post Office, said, “I had come to deposit money and saw that the post office is closed. From the past few days, we are facing this problem where officials have gone for election duties and our work is getting postponed. They should not harass the public like this. They could at the least appoint some other staff for the time period”.

With only a few staff working, most offices are shut.

Rama Murthy, the Delivery In-charge Officer at Kengeri Post office, said, “For the Lok Sabha Elections, all officials have gone for election duty. Therefore, only the delivery section is working today. All counter transactions are closed. Only regular post and speed posts are being delivered”.

The headquarters of several offices like the Bangalore Water Supply and Sewerage Board (BWSSB) and Bruhat Bangalore Mahanagar Palike (BBMP) has also been lagging behind at work due to lack of workforce.

Chandrashekhar N, the water inspector from BWSSB, said, “All the operators and chief officers have been sent to election duties. During this time, where there is a lot of workloads and with constant water problems and complaints in the city, working without these senior officers is difficult. For several projects, we need the approval of senior engineers, but because of the election duty everything is getting postponed”.

With work being postponed and remaining incomplete, the lack of officers at the government offices have affected both the functioning of the offices and the consumers 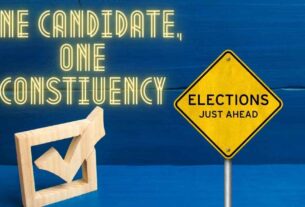 One candidate, many constituencies