As the country continues its battle against the pandemic, auto-drivers in the city are left in a hand to mouth situation

Bengaluru: It is eight in the morning and Hemesh Peter, an auto driver waits with a cell phone clasped tightly in his hands with a bleak hope that a customer might call anytime for pick up or drop off. Many auto-drivers like him are struggling to meet their bare minimum needs.

Peter said, “Earlier I used to earn around Rs. 1,000 per day but the scenario has changed entirely. Now, on some days I get Rs. 500 and on other days I earn Rs. 200 to Rs 300 a day.” He also added that he is managing with his savings but the savings would not last long.

Another auto driver too agreed to the problem as addressed by Peter.

Swami said, “I have no alternate means of earning and I have to borrow from friends or family. I get phone calls from customers but cannot go because of the lockdown. Although, we get food but the quantity is limited.”

The Government had announced a 21- day lockdown beginning from the midnight of 24th March to curb the spread of COVID-19. The   Karnataka State Unorganized Workers Social Security Board was constituted under Section 6 of the Unorganized Social Security Act 2008 to help the workers of unskilled sectors.

The President of Auto Drivers Driver’s Union has a viewpoint. Meenakshi Sundaram said, “The government should make some alternate arrangements for them. The board does not have adequate funds to help auto-rickshaw drivers and other unskilled workers.”

However, Chachidananda M.S, Joint Labour Commissioner said, “The department is providing cooked food packets and raw grains such as rice to the workers to meet their daily needs.”

An expert suggested a solution.

Sandeep Anirudhan, founder of Aikyam Community for Sustainable Living said, “A model similar to Universal Basic Income can be created which provides basic needs like food, clothing, and shelter to all which will create a sense of security for all citizens and reduce the stress on the world’s resources leading to a sustainable world.” 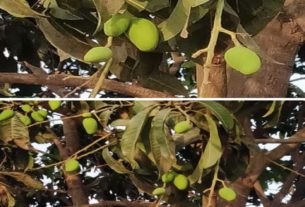