Skip to content
Home > City > Women, beware: Cars with 5-star safety rating are unsafe for you

Only male dummies are used during crash testing in India.

Bengaluru: When a woman buys a car with a five-star safety rating, she assumes she’s safe. She’s mistaken. For the car was produced with men in mind.

In 2020, most automakers produced cars based on data from male crash test dummies. These cars can have deadly consequences for women.

M. Shama, a car driver in Srinivasapura, informed The Observer: “I am 5’2″ and have to adjust the height of my car seat and move closer to the steering while driving. I can’t even rest my head on the headrest properly.”

Melvin Rex, showroom manager at Nexa (Kalyani Motors), Mysuru Road, said: “Every day on an average 150 cars are sold, and only 20-30 are purchased by women. So we use a universal-sized dummy of 5’5″ feet which is neither a male nor a female for the crash test.”

When The Observer asked whether safety gear in a car are suited for pregnant women and women shorter than 5’5″, Rex said: “An airbag protects from the abdomen to the forehead, but due to the force of an accident and airbag ejection, shorter people might be prone to neck injury. But if the driver is wearing a seatbelt, injuries are quite low.”

Raghu R., a training manager at Toyota Motors, Kanakapura Road, said: “Male structured dummies will not benefit either women or pregnant drivers during a crash test. But we use a Total Human Model for safety software. It simulates bones, muscle and skin. This is very accurate and we design our cars accordingly. Which is why our accidental death and severe injury rates are very low?”

A 2019 survey conducted by Consumer Reports, a US NGO, said: “Any seatbelt-wearing female vehicle occupant has 73% greater odds of being seriously injured, and 17% (are) more likely to be killed in a frontal car crash than a seatbelt-wearing male occupant.”

Hariharan V., a senior crash-test engineer at GARC, said: “We use only male dummies. The benchmark for vehicles to clear crash tests is to use a Hybrid III 50th percentile dummy (a 5’9″ male dummy weighing 78 kg) in both driver and passenger seats. We are collecting data of women car drivers in India to decide what action should be taken. Right now, we are focusing only on minimum safety.”

Bhumika L. Raju, a car driver in Basavanagudi, said: “Women drive to work, take road trips, ride in cars with friends or take cabs. How can the government still ignore 50 per cent of its population? Assuming an average man is an average human is stupid.”

In 2019, Volvo initiated an ‘Equal Vehicle For All’ program after analysing more than 40,000 cars and 70,000 passengers in 40 years. However, a Volvo showroom manager said only male dummies are used in the driver’s seat during crash tests.

The physical structures of Hybrid III 5th and 50th percentile dummies are designed according to the 1970s US Consumer Product Safety Commission report. But according to the 2020 National Institute of Nutrition, the average height and weight of Indian men are 5’8″ feet and 65 kg; they are and 5’3″ feet and 55 kg for India women.

Suresh Nagesh, a researcher, and professor at the Crucible of Research and Innovation, PES University, said: “Cars should be separately designed for men and women. There is no guarantee a woman will be protected if a male dummy is used in a crash test no matter how good the rating is. Lower-end cars are always built to satisfy certain regulations. It won’t be the same for everyone. India should come up with stringent automotive safety laws like western countries. There are at least 25-30% of women drivers. It is unfortunate that we are treating them like this when they are better drivers than men. They should be considered and taken care of with full protection gear.”

The future of crash testing will include computer simulations that will have virtual humans with all internal organs. That will be the solution, he added. 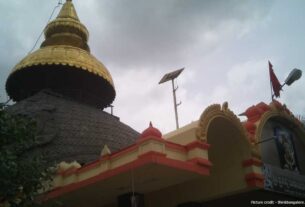 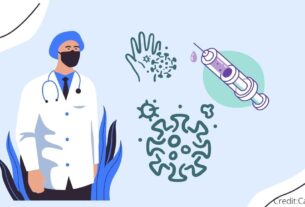