Skip to content
Home > Budget > What you do for money, honey?

With personal income tax exemption limit now pegged to Rs. 5 lakh, the National Democratic Alliance (NDA) government is continuing on its path to increase disposable income, thereby aiming for its plans for a Rs. 5 trillion economy in the country by 2025.

Aimed to achieve the GDP growth rate target of the government, and to put more money in the hands of corporate and individuals, the budget allocation for personal income tax rates of the past decade showed a forward trajectory. And, that continues.

Since then, the path has more or less been the same.

In this budget,  individuals earning annual income up to Rs. 2.5 lakh will be exempted from paying income tax. For income between Rs. 2.5 lakh to Rs. 5 lakh, the tax rate will be 5 per cent. Also, individuals can avail an income tax exemption up to Rs. 5 lakh, if they forego exemptions and deductions under Section 80C of Income Tax (IT) act.  .For income between Rs. 5 and Rs. 7.5 lakh, it has been raised to 10 per cent. On income above Rs. 15 lakh, 30 per cent tax has been levied. A new scheme, ‘Vivad se Vishwas’ will be implemented to settle appeals that are pending at various forums.

Direct tax rates are changed with respect to the revenue receipts target of the government. The Finance Ministry increases tax rates if the government envisages spending more on welfare schemes.

Tax rates are reduced when the government wishes to boost consumption—which plays an effective role in increasing the GDP growth rate of the country. Less direct tax rates, however, equate to more disposable income and further increase consumption.

The personal income tax rate was exempted up to Rs. 1,60,000. The surcharge on domestic companies reduced to 7.5% from 10% for people whose taxable income exceeded Rs. 1 crore. MAT increased from 15 per cent to 18 per cent of the book of profits.

The surcharge on domestic companies this year reduced to 5% from 7.5% for those whose taxable income exceeded Rs. 1 crore. Personal income tax rate exemption limit, however, increased by Rs. 20,000 from the previous fiscal year. MAT increased from 18% to 18.5%.

This year personal income tax exemption limit was raised to Rs. 2,00,000, while there was no change in MAT rate and a surcharge for domestic companies.

The surcharge, this year, hiked to 12% for people with taxable income exceeding Rs. 1 crore. However, there were no changes in personal income tax rates.

There was no change in personal income tax rates but surcharge hiked to 15% for people earning over Rs. 1 crore.

Domestic companies which had a turnover of less than Rs. 250 crore were taxed 25%, but no change was witnessed in personal income tax rates this year.

This year too, there was no change in personal income tax rates, but the corporate tax was reduced to 25% for companies which had a turnover up to Rs.400 crore. Whereas, surcharge increased for those having taxable income between Rs. 2 and 5 crores. 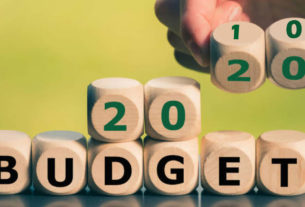 Forget me nots: Budget over the decade 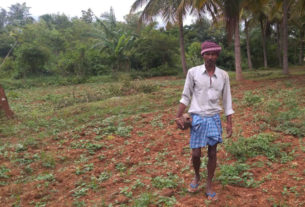