All parties fancy chances of victory in the Assembly Elections

Bangalore, March 20, 2018: With elections to the 15th Karnataka assembly around the corner, the three major parties are gearing up to attract voters. Speaking to The Observer, all parties exuded confidence that voters would favor them.

“The people are content under the Siddaramaiah government. The Nalapad (Haris) case is an individual matter, and I think people will be not influenced by it,” Naseer Ahmed, general secretary of the Karnataka Pradesh Congress Committee (KPCC), said.

“Tripura and Meghalaya are small states with a small population. In Karnataka, we have more than 4 crore voters. The issues here are totally different. The people of Karnataka are politically aware, and I expect (the Congress) to gain an absolute majority.”

But Tejaswini Gowda, state secretary of the BJP, has an entirely different take: “The people of Karnataka are wise and concerned, so they will remove the incompetent Siddaramiah government.” She accused the Congress of jeopardising central schemes in Karnataka. “Siddaramaiah has failed to deliver in all areas. We are targeting an absolute majority, and are optimistic about winning 150 seats,” the former MP said.

B.M. Farook, the JD(S) candidate for the Rajya Sabha, said: “Karnataka needs a regional party to safeguard its interests. Unlike national parties, regional parties will be more devoted to the state and its people. There are several issues national parties fail to address properly as they follow the instructions of the high command.”

The JD(S) is “targeting” 113 seats in the 224-member  legislative assembly. It is comfortably placed in at least 90 constituencies and hopes to win 20 more, Farook said.

“The Congress is creating different trouble for JD(S) in the Rajya Sabha elections by using unfair means. They did so the last time as well, but we have approached the high court.”

Suresh Gowda, MLA and vice-president of the state BJP, claimed that “the BJP will certainly get power this time in Karnataka.”

“The Nalapad issue has already spoilt the chances of the Congress in Bengaluru, but will not have much effect in rural Karnataka. Modiji is responsible for 90% of our party’s image. We expect to win about 110 seats,” Gowda added.

Rani Satish, a KPCC vice-president, does not agree with the BJP and JD(S) claims. “The people of Karnataka have witnessed a stable government, and I am sure they will again make the right choice.”

JD(S) functionary Prabhakar said: “We hope to stop INC and BJP, so that we have control over the state.”

Chief minister Siddaramaiah has had an easy run, with no major challenges to his numero uno position. The BJP, on the other hand, hopes to wrest Karnataka after unseating the Left Front in Tripura and managing to install coalition ministries in Nagaland and Meghalaya. The JD(S) has decided to contest in alliance with the BSP and NCP. The JD(S), a strong force in the state until the mid-1990s, but has seen desertions and a weakening of its primary base in the Old Mysore region.

The voters of Karnataka have never voted the same party into office since 1985. In the assembly elections held in 2013, the state voted the Congress to power. The party won 122 seats, while the JD(S) and BJP got 40 seats each. 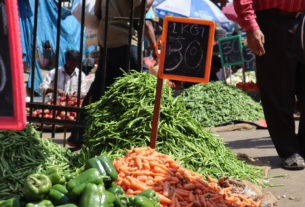 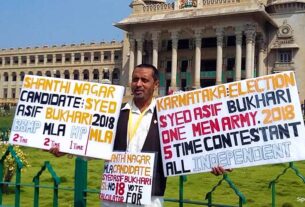