Skip to content
Home > Uncategorized > The Stench of Cleanliness

Sakina Sheikh, a middle-aged woman, who lives in a small village in Indi, a taluk in northern Karnataka, is
disappointed with the government. There are around 140 houses in the village, out of which, not one
house has a toilet. Every morning, the villagers, including women and children, go out in the fields with
a mug in their hand to defecate behind the bushes.“The government does not care about us. We are tired of going to the municipal corporation to seek help. But, they never come here to build toilets. We are all too poor to build it by ourselves. We do not even have proper water to drink,” she said.

Another villager, Manu Rathod, hailing from a different village of Indi Taluk named Tamba, expressed
the same disappointment. He said, “We request the government to provide us with funds so that we can
build toilets.” However, despite several homes not having toilets, Indi Taluk was declared Open Defecation Free (ODF) under the Swacch Bharat Scheme, in the month of November, last year. The authorities claimed that they provided toilets to 100 percent families in the taluk.

“Under the Swacch Bharat Mission (SBM) scheme, there was a survey conducted in 2012. There were
63,700 families in Indi taluk, out of which 17,900 families already had toilets. The remaining 40,600
families did not have toilets. Around 2450 families were above the poverty line. APL( above poverty line)
families do not come under this programme. Except for the APL families, the rest of them were all providedwith toilets from 2012 onwards. However, now the population has gone up in the last two to three years,” said Taluk Panchayat officials.

They added, “Under SBM, we have spread a lot of awareness among the villagers. We have sent money
for building toilets directly to bank accounts. In November 2018, we declared this taluk ODF (Open
Defecation Free). 43,000 families have been given toilets, our goal is achieved. There were issues like
lack of space, some people did not want a toilet beside their kitchen. We provided them community
toilets to the ones who could not provide for it in their homes. We provided Rs 12000 to general families
and Rs 15000 to SC/ST families Thereby, providing toilets to all families.”

However, the ground reality is different. Almost 30 percent of the families still do not have toilets. They either did not receive funds from the government or are not aware of the importance of building toilets at home. Sakina noted that several people were suffering from various diseases in her village due to a lot of flies and mosquitoes which are increasing because of open defecation in the area. According to Taluk hospital records, 40 to 50 people suffer from diseases like typhoid, dengue, and malaria every month.

The Chief Medical Officer (CMO) of Indi, Rajesh Kolekar, said, “Currently there are 70 percent families who have toilets, the rest 30 percent still do not have toilets. The main problem is a lack of awareness among people due to which they go out every morning. Open defecation is the main cause of diseases like cholera and malaria. Surprisingly some people even come to our hospital ground every
morning to defecate.” 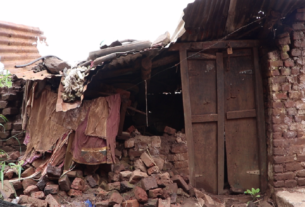 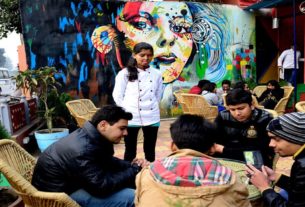