Nagras would have lost his sister Taliba that day if a stranger hadn’t given his family a ride to the government hospital in the town of Maski in north Karnataka. It was almost dawn when Taliba fell on the road and started bleeding from her head. They rushed her to the primary health centre (PHC) in their village, Antargange, but the local doctor couldn’t stop the bleeding or stitch her forehead.  He told them to rush her to the hospital in Maski. But there was no transport available and Nagras couldn’t possibly take her on his bike.

“We had no idea what to do. My brain stopped working. My sister lay in my lap bleeding. The conditions of the roads connecting the villages to the town are so bad that no doctor will visit us and the PHC has no supplies,” recalls Nagras. When they saw a car approaching, everyone rushed towards the it and begged for help. The driver agreed to take her to the hospital, where Taliba got 6 stitches and a blood transfusion that saved her life.

This is life in rural India today. Due to the poor construction and maintenance of the roads more than half the government’s services fail to reach the villages. The problem of connectivity becomes obvious in times of an emergency, but the lack of roads has a huge effect on the economic and social development of rural areas. Most parents complain that they can’t send their daughters to the good schools and colleges in the town because of the poor transport facilities. “My son can sit on anyone’s bike or rickshaw and come back home. It is not the case for my daughter. What if she doesn’t get any transport to come back home one day? Hardly any buses come to the villages due to the poor road conditions,” complains a mother of two.

The problem in India is not the availability of resources but their distribution. Due to the neglect of rural road development, basic amenities fail to reach the villages. Roads could dramatically expand the local economy and bring social services to the doorstep of India’s poorest, not mention save lives in an emergency. Poor connectivity is also a reason for the growing unemployment in rural India. Not only do they discourage local enterprise that could create jobs, but people can’t travel to find work in neighbouring villages either. The result is migration. People leave their villages and migrate to bigger towns and cities in search of jobs. They see no hope of a better life in their villages.

As journalist Swaminathan S Anklesaria Aiyar writes, “Connectivity enhances the value of every other rural investment since it empowers people through improved mobility and access. People can more easily buy agricultural inputs and sell their produce. Children can go more easily to schools, cattle can more easily get veterinary help, and the sick can get to health centres. Remote areas have, by definition, the worst connectivity. They are among the poorest and slowest-growing but accelerate when given connectivity.”

To grow any economy, one needs adequate infrastructure and the most important is good quality roads. Health care, education, consumption, small businesses, all these can bloom in rural India if connectivity is increased.  Good road connectivity can convert villages to towns. Government staff are willing to get posted at a place where they and their families can easily get to. And that often ensures that government facilities and schemes become available and efficient in reaching their intended beneficiaries. They improve rural administration. If roads are developed and maintained, it also reduces transportation cost. More buses and rickshaws will agree to travel on that road and this increases the communication between the town and villages and also amongst villages. Easy access to good agricultural goods and fertilizers will increase production.

This, in turn, will increase agricultural activity and the requirement of labour. Business and markets from the town can reach the villages and small business from the village can flourish. Policymakers too, have long known that development of rural roads is strongly associated with the non-farm activity and the creation of additional sources of income for the farmer. As Aiyar notes, “Studies by the International Food Policy Research Institute in China, Vietnam and some African countries point to the same conclusion — rural roads do more for growth and poverty mitigation than virtually anything else.”

The Pradhan Mantri Gram Sadak Yojana (PMGSY)—the Prime Minister’s Village Road Programme—was launched in 2000 to build all-weather roads to all the unconnected villages across India. The PMGSY website states, “According to latest figures made available by the state governments under a survey to identify (the) Core Network as part of the PMGSY programme, about 1.67 lakh Unconnected Habitations are eligible for coverage under the programme. This involves the construction of about 3.71 lakh km. of roads for New Connectivity and 3.68 lakh km. under upgradation.”

Economists Sam Asher and Paul Novosad, in their paper Rural Roads and Local Economic Development observe, “As the objective was to connect the greatest number of locations to the external road network at the lowest possible price, routes terminating in villages were prioritized over routes passing through villages and on to larger roads.” The PMGSY has shown significant results in improving the quality of lives in rural areas. It is still one of the best-run central government schemes.

Yet, it has failed to connect the unconnected. The Controller & Auditor General’s report on the PMGSY points to its failures: “Ineligible habitations were covered under the programme while eligible habitations were either left out or incorrectly shown as connected … Execution of works was deficient as instances of inefficient contract management, non-recovery of liquidated damages and mobilisation/machinery advances, etc., were observed.” Work which was started in many parts of the country were left incomplete and abandoned due to unavailability of funds and a failure to acquire land due to disputes. The programme implementing authorities were made responsible for any delayed or faulty work. Despite this, very little care was taken.

“I have been living in this village since my birth,” said Dalip, a resident of Digganayakanabhavi village in north Karnataka. “The condition of the roads is very poor, and a lot of accidents take place. Five years ago, the government started work on this road. Initially, they used to work regularly. As time went by, they worked stop and now it is worse with a half-constructed road like this. We find it very difficult to reach the town.”

Government officials in the villages have little say in these matters. According to the villagers, when they complain about the lack of road completion, they are fobbed off with one excuse or the other. “We too want the job to be done as soon as possible,” explains Balaram Kattimani, the tehsil officer of Maski. “It would do good to the villagers and even us. The problem we often face is the lack of funds and labour. We inform higher officials about every hindrance we face. Steps are taken definitely if not immediately. The entire process takes some time. It is not just about one road.”

As the saying goes, ‘The road to Hell is paved with good intentions.’ In the case of India’s rural road network, there is clearly no lack of appreciation of their benefits or urgency. The intentions are good, the delivery poor and the roads are still a Hell to drive on. 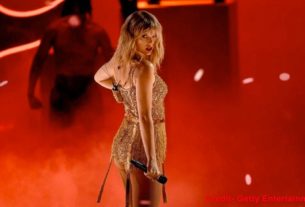 Dolores O’Riordan: Voice of a Generation