Two weeks before March 23, 2020, a phone conversation with my parents had the following question for me: “Other colleges have declared a holiday till the end of March due to coronavirus. What about your college? When are you coming home?”

The answer they expected came on March 23, 2020, at 12.30 pm to be precise. While my parents, relieved, started thinking how I would get home, I recollected the restrictions over the two weeks that led to the college asking the students to vacate the hostel. First, our weekly beats into the city were cancelled and editions put off. Next, outpasses were cancelled. Everyone was instructed to not venture out of the campus.

“When should we book the flight ticket for you?” my father’s voice shook me as I stared at an abrupt end to our time at IIJNM, and at the prospect of going home after 266 days. That afternoon was a scramble to book flight tickets for most students. My flight ticket was booked for March 24 midnight. I would reach home the next afternoon.

As students who had booked tickets were saying their goodbyes, the next blow came. A PTI tweet said all domestic flights would be cancelled from March 24 midnight. My mind started racing as the clock ticked to 5.30 pm. I went to collect my clothes which were put out to dry. They were drenched in the rain. It hadn’t rained for a while in Bangalore. But that day was different. It would probably be a cliché to say that the skies cried when we were in grief over leaving college abruptly.

One of my classmate’s mother requested the college administration to arrange a vehicle for three students from Tamil Nadu till the border. They told me I could join them. I was relieved but confused. It meant that my parents would have to drive 460 km to pick me up from the border. But considering the lack of alternatives, my brother and father took turns for the long drive. They started at 11 pm, accompanied by my enthusiastic mother. They reached the Hosur border at 7.30 am, just on time to pick me up.

Gladness surged in everybody’s eyes despite the weariness of not having slept the whole night. There was no respite or time to rest. We drove non-stop to reach home at 4.30 pm on March 24, only to stop briefly for breakfast and lunch. Finally, I reached home. Sleepy-eyed, my brother warned me before crashing on the couch: “I’ll kill you if you wake me up for dinner. I’ll wake up tomorrow morning.” 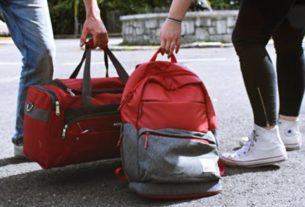 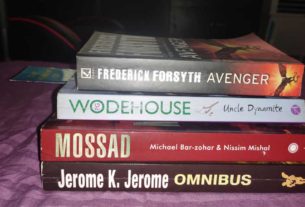 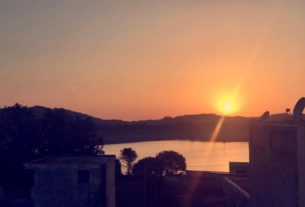