19.8 million Children below the age of 6 in India are undernourished. Only 9.6 per cent of children between 6-23 months in the country receive an adequate diet (ICDS 2015 report).

Koppal is among the worst districts in the country in terms of Malnutrition. From the past 9 months, the number of severely malnourished children in Kushtagi taluk has been increasing.

Pranaitiri is one among those children in Nidashesi village. She is 1 year 7 months old and her weight is 7kgs. Pranaitiri’s Grandmother Basamma said “She fell sick every 14 days, The doctor says she is malnourished”.

“Her parents are not well aware of what to feed and they are not financially stable that is why Pranitiri is malnourished.” said Angawadi teacher Malekare.

The Public Distribution System (PDS) of India plays a crucial role in reducing food insecurity by acting as a safety net by distributing essentials at a subsidized rate. But this is not the case in the North Karnataka of Kushtagi Taluk.

Mudeyappa Kantappa Kangari is a farm labourer in Madalagatti said, “I am a father of three daughters and one son. I work in the field and I earn from that, I also look after my parents”.
“There is no ration shop in my village, I have to go 5km to the next village [Nidashesi] to get ration. The village doesn’t have much connectivity, I have to go at least two to three times to get one month ration that too only rice and kerosene oil are available, earlier we use to get sugar, dal, ragee.
Now I have to buy from the costly market, for example, my family requires one kilogram dal but I bring half  kg because I can’t afford. I have to see my children’s education, my ill father, my field is also going in a complete loss, and I’m unable to bear all these expenses.”

Many take a loan to run daily life and to consume basic necessities. Jameela Begum’s family also suffers in this. “My husband is a van driver he earns Rs.6000 a month, I have a daughter who is mentally unstable her medicine cost Rs.3000 a month. All the other expenses of the house have to be sorted within Rs.3000.At Ration shop, there is only rice available the rest has to be purchased from outside. My life will be easy if all the commodities are supplied at the ration shop. I have to pay for my son’s education. At times we take a loan of Rs.10, 000 and it is very difficult to pay back”.

The Deputy Director for food and civil supplies Narayan Reddy said, “The supply of the commodities has stopped from the state itself only rice and kerosene oil is supplied”.
Jayprakash a Data Entry Operator at Public Distribution godown in Kushtagi said, “It is been 3 years that other than rice and kerosine oil all commodities has stopped from the central government to state government”.

The ration shops start supplying commodities in the last week of the month only and the new online system cause inconvenience to the consumers because most of the time server is down. Consumer said the online system is a tedious process.

Sultana Begum a homemaker said “The commodities are not available on the first day of the month, he starts supplying commodity either 23rd or 25th day of the month. After standing in those long queues for hours the server goes down. We go and keep our books there for two-three days and still at times we don’t get the commodity. In between these days if one is not in the village or go somewhere else they don’t get anything”.

Women and Child Development Officer of Koppal district said, “We are doing our best; there are other factors like environment, education, awareness and financial stability”.

Dr Lingaraju District Health and Family Welfare Officer (DHO) [Koppal] said “Problem is with lack of doctors, awareness and certainly Koppal is not bad when compared to states like Bihar and Uttar Pradesh. Doctors don’t like to come to work in the taluk”.

Doctors said most of the children are from Below poverty line. “Apart from socio-economic factors, some of the public ration shops don’t provide pulses and cereals and even if they provide it will be of low quality. People who are of below poverty line can’t even afford that.
For the good nutrition to these children the public distribution system should provide pulses and cereals” said Dr Vijay Lakshmi [Ayush Medical Officer] of Government Taluk Hospital.

Non-availability of doctors makes the situation more pathetic. Dr Chandrakanth Mantri Chief Medical Officer (CMO) of Government Taluk Hospital said “Every month 10-20 malnutrition cases come to Taluk hospital. For the last six months, there is no paediatrician, the post is vacant as of now. Every year six to seven months paediatrician is not available”.

Dr KS Reddy  General Surgeon and  Former in charge of Malnutrition Rehabilitation Center [MNRC] said “Our Koppal district is one of the poor and economically backward districts. Parents don’t have much knowledge about nutritious value; that is malnutrition in pediatric age is very prevalent here.

Taking this into consideration the central government has started Malnutrition Rehabilitation Center [MNRC] in 2011; it has run for 2 years, we use to have doctors, staff nurses and cook. Anganwadi teachers use to identify such kids and took them to us; they use to bring the child along with the mother and mothers use to be paid Rs.100 every day.
The condition was she has to stay here for a minimum 1 week to 14 days, during that the child would be assisted nutritionally. Then the mothers were taught what type of food should be fed, the cook used to train mothers, they were kept in a homely atmosphere. The child used to be weighed every day and they were discharged on advice that they should continue this appetite. Trained medical officer and the pediatrician was not available that is why this was stopped. Again the central government is planning to restart it.”

Consumers at ration shops are forced to pay Rs.20 at the time of thumb impression but no clause say to take even a rupee from them.

“We are forced to pay Rs.20 every month, when we ask why? He said it is for thumb impression”.

“If we don’t pay he writes in our ration book. So the next month we come we have to clear the dues of previous month”, said domestic worker Devamma.

Accountant at the distribution centre said, “This is the order from Tehsildar office to collect Rs.20”.

“No such orders are given, no money should be taken, and it is completely free of cost. It is illegal to take money from ration beneficiaries for thumb impression, we have issued a notice to the accountant, we will further investigate” said Siddesh.M Tehsildar of Kushtagi Taluk. The travail for soil health in Bagalkot 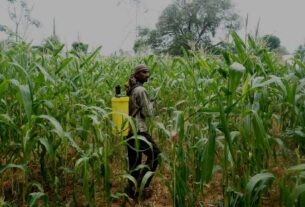