Covid-19 survivors are struggling with their mental health due to anxiety, depression and PTSD.

Bangalore:  It was late October, 2020 when 50-year-old Dr. Sampa Sen, first got a mild cough. Slowly, as days passed by, she got weaker and weaker. At one point of time, she got so weak that she couldn’t get up from her bed. It was around the same time that her 27-year-old son got sick. Both of them tested positive. For a month, she struggled a lot physically; it was impossible for her to do the household chores.  Not only did she have to do the household chores, she also had to take care of her son, who was bedridden at that time.

Slowly, after a month, even though she had a weakness, she thought, she had completely recovered from Covid. But that thought was short-lived. With passing days, she stopped talking to her family members, even to her son. She felt lethargic as she didn’t want to do any of her responsibilities, which was unlike her, as she was a very active person. This drastic change was unusual, as it happened after she got infected with Covid.

She said that she is suffering from depression now. “I’ve never experienced this kind of a feeling before. Nowadays, I don’t want to do anything at all. I just want to be inside my room,” said Sampa. She added, “I don’t want to talk anybody anymore. I want to sit inside my room, and be isolated from everybody.”

According to a report by The Lancet, people who recovered from Covid-19 had higher chances of developing psychiatric disorders. Within three months of diagnosis, nearly 20 percent of COVID-19 patients had mental health issues like anxiety, dementia, or depression. For the first time in 90 days, nearly six percent of adults diagnosed with COVID-19 developed a psychiatric disorder. The risk of dementia was higher in older adults which were two or three times greater than others.

History has been a witness of how pandemics have affected people physically and mentally as well. During the early 2000s, the ones who survived SARS-MERS had similar psychiatric disorders.  Studies from SARS-MERS cases have revealed that the ones who were recovering from the illness, had anxiety (7.6 percent) and feelings of anger (16.6 percent) while being in isolation. A study which was conducted among 1,394 SARS survivors in HongKong also showed 47.8 percent  experienced Post-Traumatic Stress Disorder (PTSD) and 25.6 percent of them continued to have PTSD even after 30 months of completing the treatment of SARS.

Out of 178 patients, 36 patients experienced confusion, 42 people had depressed mood, 46 people had anxiety, and 54 of them had insomnia.

Anwesha Das, a student of Hyderabad University, had Covid during her entrance exam. With the stress over exams and family issues, she also has been dealing with her mental health.

“Some of my extended family members passed away due to Covid. As my parents also have comorbidities, I was also concerned about them,” said Anwesha.

While talking about her mental health after she recovered for Covid, she said, “There was always a fear inside me after I recovered from Covid. Even if I had the slightest cough, I became scared. Symptoms of Obsessive-Compulsive Disorder (OCD) were visible, as I started cleaning my hands.

Sometimes, even after recovering, I felt I couldn’t breathe properly. I already suffer from anxiety, and this problem has exacerbated after I got infected with Covid,” said the student.

A report by The Lancet stated that 33 percent of patients with COVID-19 had dysexecutive syndrome (dysregulation of executive functions) after discharge. It also revealed that the ones who had suffered from the disease are likely to be more vulnerable to mental health disorders than others. Also, people with pre-existing psychiatric disorders are at risk of having serious mental health issues.

Neha Chaudhary, a second-year student of University of Cambridge, understood the importance of human touch and how it could influence of the mental health of a person. Before leaving for London, she tested positive for Covid and had to be quarantined for 15 days.

“After staying isolated for five to seven days, I started to feel very annoyed. I had to think about scholarship as I could lose it if I cannot go back to England,” said Neha.

She said even though, she wasn’t suffering from any mental health issues before, she developed symptoms of anxiety, paranoia, and OCD due to Covid.

“I became so paranoid after I recovered from Covid. I was scared of reinfection. As a result, whenever I used to go out, I hopped into the shower after returning.  I am still anxious and cautious all the time. Before going out, I have to think twice. I didn’t have this kind of an anxiety before. All of this is very new to me,” said Neha.

The report also mentions how the ones who have been in Intensive Care Unit for a longer period have developed post-traumatic stress disorder. While recovering from a severe case of COVID-19, they might experience “nightmares, startle response, PTSD (Post Traumatic Stress Disorder), trouble sleeping, emotional instability, depression, appetite changes, and loss of interest.” They can also have flashbacks of trauma which may be real or imagined.

“When I got to know about my breast cancer, I became very worried. But I wasn’t anxious all the time. After I recovered from Covid 19, I got to know what anxiety really is,” said Supriti.

“I would never want back that period back in my life. Sometimes, I don’t get sleep at night. The horrors of that period still haunt me,” added the survivor.

Dr. Raguram, who is a retired professor of psychiatry of NIMHANS, and also a senior consultant psychiatrist said the first symptoms of mental illness that appear in the Covid19 survivors are anxiety and depression.

“Increased sanitation, obsessive compulsion symptoms which get transformed to Obsessive Compulsive Disorder are seen in the survivors. They wash or sanitize way too much due to the fear of getting reinfected again,” said the doctor.

Dr. V. Kannappa Shetty is an assistant professor of Dharwad Institute of Mental and Neuro Sciences (DIMHANS) said the treatment for these COVID19 patients happens in three steps.

“The mental health professionals, with the help of proper questions, asses each and every patient. We divide the Covid patients based on how mild, moderate, severe their symptoms are, and then they are provided with treatments like brief tele-psychotherapy or psycho social care.

The ones who have mild psychological symptoms are not given psychiatry medicine but the ones with moderate and severe symptoms are recommended medicines with the consultation of treating physician,” said the doctor.

While talking about the limitations of the therapy during the pandemic, he said, “Even though, we cannot see our patients physically, the virtual consultations are really effective. There are limitations because of the pandemic, but the survivors are getting the necessary help that they need.”

Dr. Sylvia Karpagam, who is a public health expert, mentioned how the government should be transparent with the citizens and provide them with right information.

“Putting out regular, frequent and accurate frequent and accurate information in the public domain would help to reassure frontline workers as well as citizens and build confidence that the government is in charge. It is the responsibility of the government to introduce various measures to deal with the mental health of the people as there has been a huge impact on the people due to the closure of schools, loss of livelihoods as well as the social isolation,” said the public health expert.

The government, to fight the ongoing mental health problems of the country, issued guidelines to protect the vulnerable patients from the psychiatric disorders.  These guidelines have been introduced for the Covid-19 patients who had pre-existing mental health issues and also the ones who had pandemic induced depression, trauma etc.

The mental health situation in the country before the pandemic was already grim. So, the government needed extra measures and precautions to fight with this ongoing problem which became more serious due to the pandemic. In the past, India has been criticised for not taking appropriate measures while handling the mental health problems of the country.

Established in 1982, the National Mental Health Programme has undergone various changes. According to The Lancet, the program was criticized for being “treatment-centric and ignoring preventive and promotive aspects.” But the government has adapted some changes. A national psycho social behavioral helpline, which was set up under the Ministry of Social Justice, showed the government’s willingness to help the people overcome their mental health problems. Written and audio-visual guidelines were also released to help the general population with mental health disorders. This initiative helps in destigmatise mental health among older individuals as well as children. The steps taken by the government may take a lot of time to implement but are definitely taking the country in the right direction when it comes to tackling the mental health problems.

She added, “I will get help once this lockdown gets over. I want to get better and interact with others.”

Sales of Kannada books plunge by 50 per cent 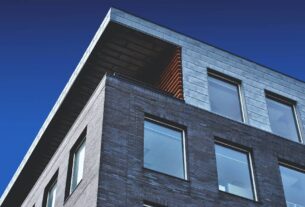 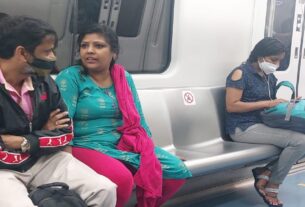