Karnataka has the highest number of foreign students enrolled in higher educational institutions, followed by Tamil Nadu and Maharashtra.

The largest international student community in India was from Nepal with 9,574 students followed by Afghanistan with 4,404 students and Bhutan with 2,925 students. The number of students enrolled in Indian institutions from war-torn regions like Yemen (1,238), the Syrian Arab Republic (65), Libya (285), Iraq (1,117), Occupied Palestinian Territories (40), etc also witnessed a hike in 2016.

Foreign students attribute Bangalore’s diversity to be the biggest advantage for them to choose the city to study. Ali Amani, currently working with the Ministry of Urban Development and Housing, Government of Afghanistan, finished his under graduation in Bangalore in 2013 and moved to Delhi to finish his Masters’ in Sociology and Anthropology. He said, “One of Bangalore’s biggest advantages is the diversity. The city is a melting pot of cultures and languages of not only Indians but also foreign nationals.” He also added that Delhi’s heat, pollution and traffic made him very nostalgic about Bangalore.

The most popular programmes among foreign students are Bachelor of Technology which has 5, 941 students, Bachelor of Business Administration with 3, 228 students and Bachelor of Arts with 3, 113 students.

One of the biggest challenges that foreign students face in Karnataka is language. While Ali mentioned that the biggest strengths of Bangalore were the ease with which locals spoke, both English and Hindi, Abdulaziz Muthanna, a student in Mysore from Yemen’s Taiz disagreed. He said, “Living in India was a great opportunity. I had a very comfortable life in India. However, I had difficulties initially because there weren’t enough English speakers in the area I lived. I speak very little Hindi and can understand but cannot reply.”

Students also commended locals to be supremely accepting and helpful, despite differences and language barriers. Ali added, “Locals in Bangalore were very accepting. Especially, local Muslims were even more accepting towards Afghans, Arabs, students from the Middle East and African communities.”

Rafeiq Barakat Abu Mazen, a final year MCA student from Palestine’s West Bank in Bangalore said, “A lot of them did not even know the name of my country. Some of them, meanwhile, knew about Palestine and her history. Indians easily like you, understand you and they are extremely respectful. The first time I came here everybody only referred to me as ‘Sir’ which was surprising.” Saleh Mahmoudabadi, a former dentistry student from Iran said, “Most of the people treated us well. There is no doubt in that. Indians do treat people well.”

Apart from language, students pointed out other challenges like being denied a house by locals because of their food habits, making fun of their accents and charging them more rent.

However, foreign students would still like to stay back in India and recommend Bangalore to fellow students from other countries. Ali said, “I will recommend the city for its weather, diversity, technology and connectivity to anybody.” Rafeiq said that if he gets a job with a decent pay, he will choose to stay back in India and particularly in Bangalore. Meanwhile, Abdulaziz said, “I miss India. I have already made plans to come back to India and hopefully, very soon.”

The American Council and Education and American Association of University Professors in their research paper ‘Does Diversity Make a difference? Three Research Studies on Diversity in College Classrooms’ said that raising new issues and perspectives, broadening the variety of experiences shared, confronting stereotypes on social, political, racial, ethnic and substantive issues along with stereotypes tied to personal experiences to be some of the key effects of diversity in classrooms. The paper also stated that lowering the quality of the institution, lowering the quality of students, impeding discussions of substantive issues and creating tensions, arguments are the negative effects of diversity.

Lamia Bagasrawala, a Mumbai-based clinical psychologist working with schools across income groups said, “To begin with, schools and universities are reflective of the larger community and society we belong to. Therefore these institutions have a responsibility to emulate values essential for community living. Diversity in classrooms helps create an environment where students not only challenge their beliefs and ideas but celebrate differences. Most importantly, multicultural classroom environment offers a space to learn and practice empathy and respect. Today, one of the major social issues in the country arises from the lack of tolerance for the other. Multicultural classrooms can help address these concerns. However, there are many challenges in creating an effective diverse environment. Factors like bullying, safety and conflicting social values have to be addressed adequately.” 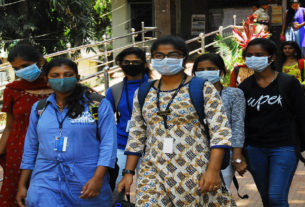