With just two days to go for the 21-day nationwide lockdown to end, some states have extended the lockdown for the next two weeks, till April 30. Uttar Pradesh and Delhi governments have not made any official announcements as the states are waiting for the centre to announce extension.

As the number of COVID-19 cases in India gradually increases every day, states are anticipating that the central government will extend the lockdown for two more weeks. Total active cases in the country currently stand at over 7,980. There have been 308 deaths so far and over 850 people have been cured or discharged as per the data.

Odisha, Punjab, Karnataka, Telangana, and several other states have announced extension of the lockdown. Many other states wait for the centre to make an official announcement.

Delhi, where the number of cases is over 1,050, has not made an official announcement of the lockdown yet, putting people in the union capital territory in dilemma. Delhi’s Chief Minister Arvind Kejriwal earlier hinted that Prime Minister Narendra Modi is going to extend the nationwide lockdown for two more weeks until April 30, after all states’ Chief Ministers interaction with the Prime Minister on video-conference.

The Delhi government has initiated mass sanitizing in order to contain more new cases in the capital. The government has decided to pay Rs. 5000 to auto drivers, E-Rickshaw drivers and taxi drivers to support their livelihood.

Uttar Pradesh government also said that they will go ahead as per the directions of central government on extending the lockdown. Chief Minister Yogi Adityanath emphasized on e-learning and also hinted at allowing restaurants to take online orders from April 15. The state has reported 452 confirmed cases with five deaths.

Several committees have been formed by the Uttar Pradesh state government to look into problems faced by construction labours, farmers and MSMEs in the state.

There was no official confirmation on extending the lockdown in Jammu and Kashmir. The union territory has reported over 220 cases till morning on Monday with only six cured or discharged and four deaths.

As part of the strategic plan to end lockdown, the state government has divided the state into six zones – one red zone, four orange zones and one green zone – based on the number of cases.

State Chief Minister Jairam Thakur added that the exit plan will only be initiated after the curve flattens and said that police officials will supply essential goods in the hotspots where number of cases are at peak.

Punjab was the second state to extend lockdown after Odisha as the number of cases in the state crossed 150 with 11 deaths.

Haryana Chief Minister Manohar Lal Khattar also hinted at extending the lockdown along with three zone exit plan based on the severity of infection at present and the number of cases reported in future. 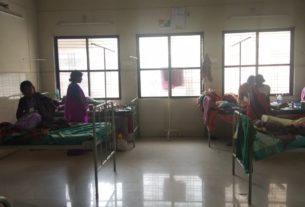