Are forced to pay interest at 20% a month

Sex workers in Bengaluru are struggling to repay loans they took during the pandemic. High interest rates and few clients have made it difficult for them, they say.

Every business was adversely affected when the Covid-19 pandemic hit the country in March 2020. Sex workers were the worst hit section of society.

Laxmi (name changed), 60, who has been in the sex trade industry for more than three decades,  says  the lockdown days were the worst she has seen. “I have seen difficult days in my life. My husband abandoned me with four kids to feed, but I managed. (But) the lockdown months were the worst days of my life.”

Ratna (name changed), 38,  a mother of three, had a similar story to tell. “The lockdown was a shock to me. My children are very young; they cannot help me financially. I am the sole breadwinner of the family. To afford a one-time meal was becoming difficult for me. I borrowed money from a man who lends to people like us. I am still paying off the installments.”

Many sex workers couldn’t pay their house rents and other bills, forcing them  to take loans.

Chetna (name changed) was almost thrown out of her home as she couldn’t pay the rent. “I did not know what to do, so I opted for a loan of Rs 20,000 to make ends meet.”

Laxmi informed The Observer she has to pay 18 per cent interest on the money she borrowed. “The interest rates are high, but there is no other way. We can’t avail of loans from banks. What choice do we have?”

Most sex workers aren’t able to get loans from banks because they lack of a permanent address and a permanent source of income.

“Which bank will provide us loans? We don’t have any permanent income or address,” Laxmi shared.

Geeta M, the programme manager of Sadhana Mahila Sangha, a NGO that works for sex workers and their children, said: “We worked relentlessly during the pandemic to help sex workers out. We gave them dry ration kits, lent them interest-free money to pay rents. Even now, we try to provide them funds, but there is only so much we can do. There is a need for a government scheme specifically for sex workers.”

Sangeeta, an activist who works with an NGO, said: “The issue is that the government never pays any attention to the welfare of sex workers. Many sex workers were driven out of their homes, (and) their children out of schools. The pandemic was the worst for them.”

Sex work is not illegal in India. But related activities such as pimping, running a brothel and soliciting are illegal. The Immoral Traffic (Prevention) Act, 1956, says  anyone who is caught forcing any woman/girl to offer sex for money, or any person who rents out his premises knowing that it will  be used as a brothel,they will be arrested and charged with a criminal offence.

According to report by The News Minute, sex workers in Bengaluru suffered a lot in the first and second waves of Covid-19. Some  couldn’t afford even a single meal a day. The Supreme Court, on seeing the condition of sex workers, ordered the state governments to provide food to them. 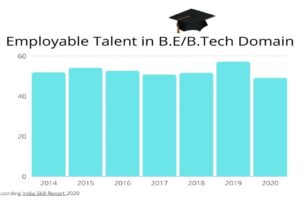 Not so Happy Hours for Pub Owners