Gazing at his trees and wondering what his ripening lemons will fetch in the market, Siddarah is a worried man. Will the proceeds help him repay the loan he took for his daughter’s operation? With the sale of both his lemon and pomegranate crops, he is hopeful of making a profit of Rs.20,000 on his investment of Rs.40,000.

Small farmers like Siddarah gladly accept even the smallest returns they make. Of course they would like to negotiate a better price but the market is oversold, they have waited six months to get some money in their pockets and there always a creditor knocking on their door. So they accept whatever they get.

Siddarah cultivates 6 acres in Kenginal village in the Vijyapura district of Karnataka,an area famous for exporting premium quality lemons all over the world. But there’s also aworld of difference between what the local farmer gets and what the exporter earns. In fact while Indi taluk in the same district exports its lemon globally, very few farmers there are even aware of it. They sell to middlemen who on-sell it to exporters for a huge mark up over the purchase or farm-gate price.

The creation of an alternative market, one not controlled by middlemen or the Agriculture Produce Market Committee-run mandi, is absolutely if the small farmers is to make a decent living selling directly to end users or consumers.

The capacity to store plays a critical role in a farmer’ ability to get a fair price for his produce. Small landholders either depend on middlemen for transportation, storage and selling of their produce or on the, which under the law is required to provide transparency in price discovery to farmers.

A farmer from the Srikanhalli village, that lies 5 km from Kenginal, who owns 32 acres of land has built a cold storage of his own, which he uses to store his onion crop. “The prices of onions in the market arelower than what I was expecting. I decided to wait for a better price,” he says. But poorer farmers like Siddarah are solely dependent on middlemen to take their product either to the APMC or private markets.

There can be little transparency in prices when middlemen deal with multiple small farmers, all of whom are under immense pressure to see. He can quote a much lower rate than even that prevailing in the mandi in the full knowledge that it’s a buyer’s market at harvest, a small farmer cannot afford the cost of transportation and definitely cannot afford to leave his produce to rot.

Vijendra Singh, a farmer from Shamli district of Uttar Pradesh says that in order to get a higher price some farmers hold their produce for a little longer. It rarely works. “Often prices remain low and farmers are forced to sell their product at the existing price. The dalal in such circumstances provides a farmer with the price lower than for what it sold in mandisto get maximum amount at a cheap rate, hence looting the market and farmer both.”

The problem of a securing the farmer a fair price lies at the heart of India’s current agrarian crisis.The solution lies in finding an alternative market. Says Heena MS, ahorticulture scientist at the Krishi Vigyan Kendra (KVK) in Indi Taluka, Vijyapura district, “The processing industry which can be an alternative for a farmer to sell their farm produce is missing. The lemon market is vast but there are no processing industries present in the taluk or district. Middlemen take advantage of this lack to exploit the small farmers and deny them a profit.”

As Dr. //FULL NAME?// Srinivas, executive director at the Centre for Sustainable Development in Bangalore explains, “Whenever there is a distress in the supply, huge fluctuations are triggered where the distributor starts playing the role of a dictator in the market. For example, millets were initially sold for Rs.130 but when the fluctuations hit the market the distributors doubled the price.”

After studying the problems of farmers over the past two years, the KVK has identified the problem of storage and lack of alternative markets for small farmers as the main impediment to realising a fair price.But they have also suggested changing the product mix to tap entirely new markets.

For example, organic farming allows farmers to reach some of the most quality and health-conscious consumers, people willing to pay premium prices for chemical-free food. Another alternative in intercropping that allows the farmer to diversify his produce and markets.

In both cases, corporate chains which directly sell to the consumer can give farmers the best deal. They provide him an advance payment, high-quality planting material as well instructions on best practice to get the best yields, and guaranteed buyback when the produce is harvested with an assured price that assures him a healthy profit.

Says //FULL NAME?//Anil, who after working in a company returned to his village to start a farming business, “I am expecting total earnings of Rs.20lakh at the end of this year from the sale of cashewnuts and grapes along with lemon. I deal directly with the exporters in Vijyapura who give me prices which middlemen will never offer.” By comparison, his neighbour in Kenginal village Siddrah, who ownsjust one acre less than Anil, would be happy to make a profit of just Rs.20,000.

The National Agricultural Market or eNAM which came into existence in 2016, is a pan India electronic trading portal which networks the existing APMC mandis to create a unified national market for agricultural commodities. eNAM aims to eradicate the fraudulent practices of middlemen to improve returns to farmers by bringing together all the APMC mandis, traders, exporters, and farmers on the single platform. it targets the abolition of middlemen and provides transparency among farmers and consumers directly.

ADI Natural, a Bangalore-based electronic exchangefor organic products is a corporate twin to eNAM, where the farmers can display their products and asking price and a consumer on the platform can bid for quantities directly from the farmer.

The alternative markets and technological solutions offered by the likes of E-NAM and ADI Natural  could make a world of difference to India’s agrarian economy but their pace of adoption is slow as most farmers in the more remote parts of the country are still unaware of them.Organizations such as KVK are providing farmers opportunities to come together and learn about these new approaches. KVK in Indi taluk for example is training 130 farmers, but it’s still early days.

In the interim budget presented to Parliament on February 2, the Modi government made a conscious effort to address the problems of small farmers by offering cash assistance to them. Under the Pradhan Mantri Kisan Samman Nidhi or PM-KISAN, it promised Rs.6,000 a year to all families who own less than five acres of land, with the first instalment of Rs.2,000 to be paid in March,just before the Lok-Sabha election.

What the government fails to understand is that farmers aren’t asking for handouts. They want an opportunity to do business fairly, access to credit, to storage facilities, to better transport infrastructure but most of all to markets that will give them a fair price for their produce. 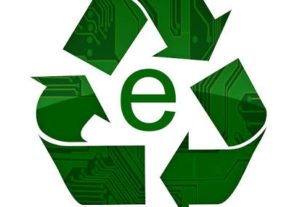 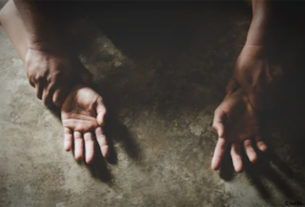 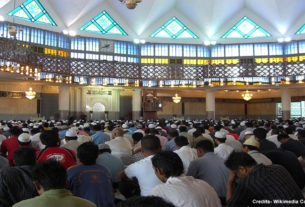