Rampant mining in Sandur taluk has caused an enormous damage to the agriculture and environment as well over the last decade in Bellary district. The farmers indulged in the profession of agriculture in the Sandur taluk have been only dreaming of healthy cropping and a hefty output from it. They have been complaining about the mining and have blamed its consequences as the reason for degrading productivity and losses in agriculture.

Virappa, a landowner, shared his grief saying, ‘No new crops are being planted due to the dust problem arisen by mining.’ ‘We have to cover our field due to the heavy dust coming from transportation. This also affects the production in the fields. For the last 20 days, we are using hand pump to irrigate the fields. So, I’m planning to cover the whole field which cost me approximately rs 50,000 and I don’t know whether I will get back my money or not’, he added. Khaleel Ahmed, a Panchayat Member, said, ‘The companies involved in the mining procedure do not give any compensation for this problem. We have written letters to these companies regarding the problem. Even if an estimated cost of Rs 1 lakh is invested in agriculture not even a produce of Rs 30,000 is received.

Another farmer, Viranath, said, ‘Due to mining there is dust and nobody cares about it much. As a result there is a lot of dust in the fields during the period of farming. This year vegetables like tomato, onion, garlic, corn, etc. have not grown properly. We do not get the expected rate for the vegetables. I can’t grow good quality vegetables as it is not so much fertile’. The Panchayat members show printed letters that have been sent to the senior officials regarding the agricultural crisis in this taluk.

The report submitted by the ICFRE, in the respect of mining in Sandur, has revealed that both large and small mines affect the environment in different ways. Based on the social and economic report for the year 2009 and 2010, which was prepared by the Strategic Department of Area under cultivation in Bellary, declined from 4,80,000 hectares in 2005 to 4,36,000 hectares in 2009 – 10. According to Control and System for Sustainable Mining in Karnataka in Sandur area, which unsown due to digging and dumping was 1850 hectares which is the highest on Bellary district and for that almost 37000 hectare crop loss due to dust deposit from the mining area.

Mining damages the water regime. It causes reduction in the overall availability of water and in and around the mining areas. Panchayat officers have also reported the issue to the MLAs and companies like JSW, Tungabhandra about the mining but no responses have been received so far from their end. Mr Ahmed said, ‘The water level is decreasing day by day as the mining companies have busted the soil area due to mining activities. Because of this a lot of people are facing the problem of water scarcity which affects farming’. Results of study have clearly indicated that the depth of water in the bore wells has been increased by 64% from 550 feet to 900 feet due to mining.

Mr Ahmed said, ‘I had submitted the complaint letter in the year 2012. But no response has been heard yet’.

The current estimates made by the veterinary authorities have reported that the livestock population in Sandur has been affected drastically by the mining.

Sujata, a cattle owner says, ‘Generally cattle graze in this hilly area. Now it is not available. Whatever fodder that the cattle nibble on consists of a lot of dust which resulted bad quality of milk. Now I have to buy grass from shops to feed my cattle. Earlier my expenses were Rs 30,000 but now they have increased a lot.’

The EIA report submitted by the ICFRE has highlighted various aspects of degradation that have taken place in the district and suggest comprehensive measures for rehabilitation of all those areas which have been affected by the mining directly or indirectly.

The Panchayat officials say that there will be no future of Sandur till the time when mining comes to an end. Earlier mining was halted for a couple of years which resulted less dust, agriculture was good, now that the mining has started, agricultural crisis has started climbing the steps of destruction.

Tanishq Purohit, an expert in the field, says, ‘The government should take action regarding the issue. Campaigning might be a solution to create awareness. Mining has affected water. Environment is also affected. People are leaving agriculture and getting in city jobs. The government is supposed to provide funds, but they are not doing so. Farmers are not getting any compensation. Government has to initiate immediate policies to stop the land of Sandur from degrading’.

People are left with no other options other than abandoning agriculture and shifting towards the mining profession. They demand that the roads must be maintained properly because the dust is also a result of heavy vehicle all the time. 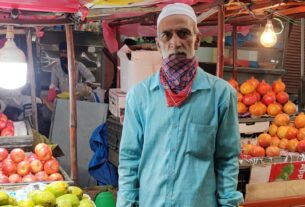 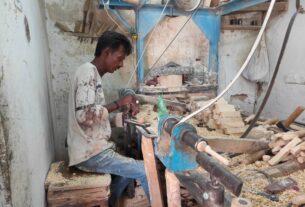 A Glimpse into the Life of a Handicraft Artisan