Surveys suggest that one in 20 Indians suffers from a rare disease.

Bengaluru: Vineeth was only 18 months old when he moved to Stuttgart in Germany with his parents. Like most children his age, he liked playing with stuffed animals and cars. However, something was different about him. His parents noticed that he could not speak even after turning two.

As he grew old, he frequently began to suffer from cold, his hair turned rough, and his skin complexion changed. Moreover, his mother Vidya noticed that one of his fingers tends to twist in an unnatural way and she could not fix it.

After consulting with others, she decided to bring her son to India. She roamed around the doors of hospitals across the country to learn what exactly had happened to Vineeth.

After many days of struggle, she came to know that her son suffers from a rare genetic disorder Mucopolysaccharidosis type II (MPS II). Patients with this disease experience stiffness in joints that affects their ability to move. It also affects their hearing and slows their growth resulting in a short stature for the patient. Vineeth is among the innumerable Indian children who have a rare disease.

The World Health Organization defines a rare disease as a “Debilitating lifelong disease or disorder with a prevalence of one or less among every 1,000 people.” There are over 7,000 rare diseases that have been recognized across the world and the list keeps growing.

Different countries have alternate definitions of a rare disease. Countries like Singapore designate a disease      as rare or orphan if it affects fewer than one in 2000 people. In Japan, on the other hand, any disease occurring in fewer than one in 50,000 newborns is termed rare.

India, however, does not have a proper definition. In other countries, rare diseases affect       6 to 8 percent of the population – therefore researchers in the past have estimated that more than 70 million people were living with a rare disease in India.

Over the years, activists have urged the government to define rare diseases. Their efforts have not yielded any positive outcome.

Prasanna Kumar Shirol is the director of the Organization for Rare Diseases India (ORDI). It is a non-profit organization that advises       patients with rare diseases needing medical or non-medical assistance. Shirol said that the most troubling aspect is that the treatment for rare diseases comes at significant financial cost – a few lakhs to a few crore rupees per annum.

Vineeth, for example, has to go through an enzyme replacement therapy. The lifelong treatment costs close to 65 lakh rupees for six months. It is difficult even for Vidya and her husband – who work in multinational companies – to sustain the treatment.

“Diagnosing a rare disease      itself is very difficult. How can you expect that the parents would be able to raise such a hefty amount of money?” said Shirol.

He added that every person has a right to live and the government’s job was to ensure that each child gets a fair chance to survive.

However, The National Rare Diseases Policy 2021, much to the dismay of Shirol, mostly relied upon private aid to address the issue. The government divided rare disease patients into three groups. The first group is made up of those who can be treated with a one-time cure whose costs are not high. The second group is made of those who needed long-term or lifelong treatment that is relatively affordable. For the third group, whose cost of treatment is really high, the government announced a policy of ‘optimal selection’- one chosen among many to receive government assistance. It invited criticism as the government left the fate of other patients in      private hands.

The government also opened a portal for patients with rare diseases – an online fund where anyone can donate to. Till January 2022, the collective donations have failed to cross Rs. 1 lakh.

“The government needs to commit to a specific amount dedicated to the treatments of rare diseases,” Shirol added.

Though rare diseases might not be on top of government priorities right now. Harish Nalawade, from the office of the Health Minister of Karnataka said that the government cannot commit much because there are other public health concerns that demand a large part of the health budget.

One other way to tame the spread of rare diseases is through screening for genetic disorders. Shirol said that the metropolitan cities do have adequate infrastructure but it is not affordable for all. Shirol added that a test can cost upwards of Rs. 10,000.

“We all know how little people earn in India. Even if they want, it is not possible for them to take such expensive tests,” Shirol explained.

However, screening for disorders might not be a prime solution. Dr. Sanjeev GN from the Department of Pediatrics at the Indira Gandhi Institute of Child Health said that if there are no prior cases of rare diseases in a family, it is difficult to ask people to take tests. He added that out of the 7,000 rare diseases only a handful of them are treatable.

He also explained how drug prices can be reduced. “The pharmaceutical companies are driven by profits. Nowadays, they patent everything. If the drugs are made in India, we can bring down the cost of treatment a bit,” he said. 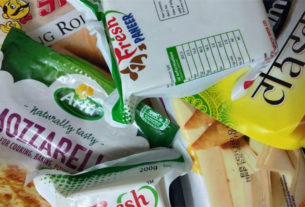