Karnataka has 1,837 teams to keep vigil

People in Bengaluru are annoyed with officials manning election checkposts for hindering traffic and stopping them.

Ahead of Lok Sabha elections on April 18, election authorities have set up several checkposts in Bengaluru Urban district to keep a strict vigil against illegal activities and violation of the Model Code of Conduct.

“I appreciate election officials for setting up checkposts at various places in the city. However, despite producing necessary documents to the officials, they still ask annoying questions and waste my time during inspections,” Akshay Angadi, an Accenture employee, informed The Observer.

Sharath KM, an engineering student from BMS College of Engineering, said: “Instead of checking people who carry liquor and gifts given by political leaders, they waste their time in inspecting people like us — commoners who do not carry any illegal gifts.”

The Election Commission had asked the public to furnish documents related to vehicles and luggage if demanded by personnel manning the checkposts. According to a report in The Hindu, they Karnataka has 1,837 static surveillance teams and 232 assistant expenditure observers.

Rithika Shivanna, a lecturer at the Government PU College for Girls, complained: “They did not suspect goods carriers or trucks which were ahead of me and, instead, asked me to stop for inspection near Girinagar. It is unfair on their part to randomly stop and check people.”

Some citizens, though, find no problem with officials at the checkposts.

Tilak Ganesh, a journalism student of St Joseph’s College, said: “The officials are doing the duty assigned to them. People must cooperate with them.”

A report in The Hindu quoted Karnataka’s chief electoral officer Sanjiv Kumar as saying that cases of any hindrance by the checkposts will be looked into by committees headed by the chief executive officers of the jurisdictional zilla panchayats. “Affected persons can file complaints before these committees in their districts.” 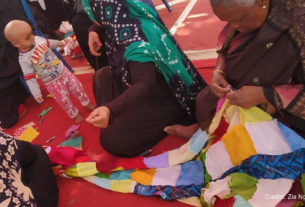 No Jobs for Different Individuals 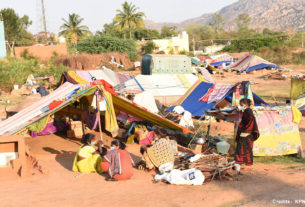