With Bangalore South going to polls on April 18, 2019, candidates of major political parties have accelerated their campaign to woo the voters.

BJP candidate Tejasvi Surya and Congress candidate B.K. Hariprasad conducted road shows across the Bangalore South Constituency to meet people and convince them to vote for them. Rajya Sabha member, B.K Hariprasad shared his vision for Bangalore. He promised to focus on infrastructural development at par with international levels in Bangalore South, in case he gets elected.

“There’s a lot of pressure on infrastructure. Since a lot of construction has taken place, Bangalore has lost its green patch. If I’m elected I would like to have one green patch like Lalbagh and Cubbon in this constituency especially in Bommanhaali,” B.K Hariprasad said at an event conducted at Banshankari Temple.

BJP candidate Tejasvi Surya, who has been in the headlines since he was chosen by the BJP also promised to ensure that the city’s infrastructure would be of global standards.

“Bangalore is a young and an articulate city. It needs an articulate vision to take the city which was built by the great Kempegowda, This was further improved under S.M Krishna and Anantha Kumar. That’s what I will work on.”

“Under the leadership of Mr. Anantha Kumar, Bangalore South has already improved in terms of infrastructure, water availability. In terms basic delivery of public services, the area has already improved in last five years. But we have a very long way to go and still there are many things to improve. My main focus would be on poor class of the society who should have adequate access to public services and good quality of life,” he added. 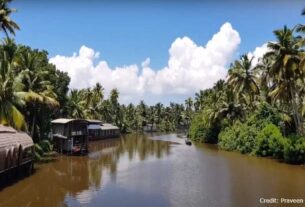 One year on, schools yet to adopt Child Protection Policy