Most of the Jan Aushadhi shops in Bangalore don’t have diabetes and hypertension medicines.

Ministry of chemicals and fertilizers and Department of Pharmaceuticals announced that seven new Jan Aushadhi shops under the Pradhan Mantri Bhartiya Janaushadhi Pariyojana (PMBJP) will be opened in the city by May. However, the existing shops do not have all the medicines available.

Deepika Shelar, daughter of a diabetic patient said that, “We come here for cheap medicines. But the most important medicine is the diabetic one which is never available here. With no other option I have to go to the normal generic medical store and buy the expensive diabetic medicines from there.”

Pradeep M, who works at a JanAushadhi store in Rajaji Nagar said that, “In total Bangalore has only one distributor called Mahavir distributor. Since, it’s the only supplier that’s why there is a problem and no proper stock is provided. Customers face most problems as diabetic medicines are not available. Here it is cheaper for patients, when they to go general medical stores it’s a little expensive than this.”

Mahaveer Distributor is a distributor which takes medicines from the Bureau of Pharma PSUs of India (BPPI) as it is the main manufacturer of these medicines.

The BPPI is a group of 8 PSU’s; they manufacture generic medicines on behalf of BPPI. BPPI has opened a lot of stores in a few years from 300 to 5111, since, it’s the only distributor it does not have the manufacturing capability to upkeep the stock. On the other hand, normal pharmacies have a lot of brands that they sell so they never go out of stock like the same diabetics medicine will be produced by a lot of brands. But generic medicines are only produced by BPPI.

Since the elections are ahead, this is a move by the BJP to woo voters. “They are also violating the code of conduct by displaying PM Modi’s pictures on the stores,” said the retailers. 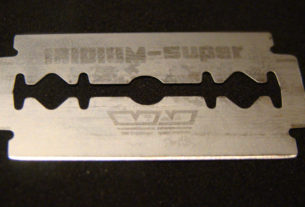 Is PDS a boon or a bane?

Bhayamukta Bengaluru launched to put a halt to Nalapad type attacks in the city.