Kerala: The relief camps set up by the Kerala Government sheltered more than 2000 people when Cyclone Tauktae wreaked havoc on the State. However, many residents were hesitant about accepting help and moving into relief camps as they feared contracting COVID 19. Most of these people either moved into their relatives’ homes or set up sheds on the roads near their houses.

Reena M., resident of Chellanam said,” The storm washed away my entire house, not even a toothbrush could be saved. All the cupboards, furniture, everything has been destroyed. I have two disabled daughters and I cannot risk going to the relief camps. In fact, nobody I know has gone to these camps.”

9 districts were affected by the Cyclone including Ernakulam, Idukki, Palakkad, Kollam, Mallapuram, Wayanad, Kozhikode, Kannur and Kasargod. Relief workers provided food and medicines to the affected people. Founder of one of the relief centres, Harry Duram said,“The government is taking all the precautions, people are not willing to go to camps, so either they are on the streets or they are ramping up in relatives’ houses.”

The National Disaster Management authority had instructed the State Authorities to arrange separate accommodation for people having COVID symptoms, had comorbidities and were senior citizens. Kerala State Disaster Management authority had kept a stock of all the required medicines according to the orange book. . “Maximum people who had COVID symptoms were separated and isolated. We had set up provisions to ensure no spread of virus in these camps. This time, because of COVID, even if the people came, they stayed for a short while and immediately left for their relatives’ house”, said Dr Shekhar Lukose Kuriakose, Secretary of Kerala Disaster Management Authority.

Cyclone Tauktae originated due to a depression formed in the Arabian Sea and affected the coastal areas of Kerala, Karnataka, Maharashtra and Gujarat.

“Husharamma Husharu” song to be relased to create awareness among women

PGs violating BBMP rule, do not have trade licenses 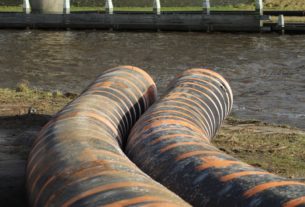