Skip to content
Home > Bangalore > Pandemic’s Inside edge: KSCA Stakeholders having to start from scratch again

No physical activity during the Pandemic has pulled the Players, Coaches, and other stakeholders of KSCA to Zero again, affecting their mental and financial status.

Cricket across the globe has been disrupted during the Covid-19 pandemic. Cricket is an active sport that needs the maximum amount of physical activities, which was paused during the pandemic affecting the players, coaches, and other stakeholders related to the sport. The lockdown that was announced on 24th March resulted in postponing and further canceling various tournaments, leagues, and competitions. Reports show that even the richest cricket boards suffered huge losses. England Cricket Board reported a huge loss of approx 165 crore Rupees. Cricket Australia stands to lose around 175 million dollars. The postponing and cancelling of the IPL in India has caused BCCI a loss of around 2000 crore rupees.

The canceling of tournaments and leagues has been a huge drawback for the cricket players of the Karnataka State Cricket Association(KSCA). The Under23 or Under19 tournaments are mainly dependent on the age criteria. The players losing a year has brought a huge change in their career. Many players who were eligible for playing the tournaments have already lost their chances to play as they do not satisfy the eligibility criteria while others have lost one precious year from their cricketing career.

Punit Satyanarayan, a 22-year-old Under23 player says that it was a tougher situation for him as he had recently come back from an injury. At the age of 21, he wanted to make a come back as he still had 2 more years in under23 age criteria. But now, he has lost a year and the upcoming new clusters make it more difficult for him as he is of 22 years now and might lose another year, shattering his dream of a career in Cricket sports. If he loses another year, neither will he be able to play for under23, nor will he make a place in Ranji Trophy as he had no progress in the sport in the last 2 years. “ Once you are losing your years, it’s going to be very difficult because you have to restart from zero again and you have to make a very big impact to make a place in the Ranji trophy. This is because we have to replace big players, as we know we are from Karnataka,” said Punit Satyanarayan.

Because of restrictions and lockdown during the pandemic, the players were unable to take proper diet and fitness training, which plays a major role in their sporting career. It was both mentally and physically challenging for them. It is difficult for sportsmen to survive in this field without physical activities. Punit says,“ As a cricketer, since I had financial issues, fitness issues and I also had my physical and mental issues. I was in a state of mind whether should I continue my career or leave it.” The technique that the players had and which needed constant practice was maintained because of the proper practice, which was not possible during the lockdown. Thus, the pandemic had reduced their efficiency in technical skills as well.

Sports Physiotherapists have been struggling throughout the pandemic to maintain the physical fitness of the players. A report shows that it is difficult for cricketers to maintain physical fitness without playing matches. Jaba Prabhu, a sports physiotherapist of KSCA says that though, they initially struggled, later they had a vision and had formed their SOP to continue the Sports activities along with taking all precautions to fight the virus. “Initially, yes, there were difficulties, but once we educated all the stakeholders mainly the players about how to travel and communicate to the ground it was easy for us. Also, we educated them of what are the different ways to participate in the training. It became easy for us only once the players understood their responsibilities.”

Jaba Prabhu says that even his personal, professional, and financial life was completely paused, such that it was pulled down to zero. “We had to start from scratch again,” he says. Thus, on the run of maintaining the physical fitness of the other stakeholders of KSCA, Jaba Prabhu lost the grip over his own mental and financial status. He says that the Management of KSCA had been very supportive including the Coaches.

Coaches have either shifted to other jobs or are now jobless with very few future expectations. The coaches now have no future opportunities as the COVID scenario seems uncertain. They are worried about paying rent and medical bills and fulfilling their other necessities as they do not have any contract. They say they are getting calls from their landlords for the rent but they have no earning to pay for it. A report shows that 70 sports coaches were recruited on a contract basis by the Department of Youth Empowerment and Sports(DYES). They were recruited in 2018 for a year contract which was renewed in 2019. But in October 2020, DYES said of only 50 coaches.

On one side, the other coaches were struggling to survive in the sports market, on the other hand, the KSCA coaches were supported and had received full payment. Shabreesh, a cricket coach says “I would like to acknowledge KSCA that they did not strike our contract, we were paid fully.” Though they were financially supported by KSCA, they still were physically and mentally struggling as physical activity plays a crucial role in their career. “ It’s been a long gap, almost 7 months that we didn’t have any physical activity. Mentally as well as physically we were low. We had started in June again but we had to abruptly stop because of the spike in the covid cases,” he said.

Meanwhile, the other stakeholders of KSCA, the video analyst, and the canteen owner were also struggling to survive. Kiran Kudtarkar, KSCA video analyst says that they were unable to fulfill the basic commitments. He says it is a difficult task to be a professional in the sports field. “As a professional, we have many commitments like EMI and other things that we have to chop down all into a smaller way. We have a tough time where we have to control everything in one way. We have to maintain our family and take care of other commitments.”

The stakeholders of KSCA have a hope to find a way out of this crisis. But with the emerging of the second wave and new covid clusters, the cricket world is put in difficult situations. Sports is mainly about physical activities, which is again put on hold darkening its future vision. 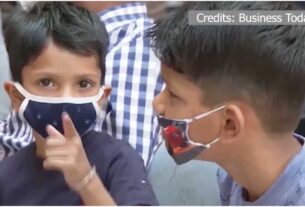 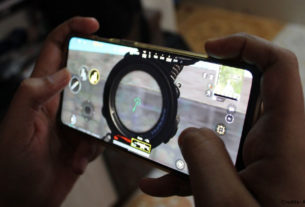 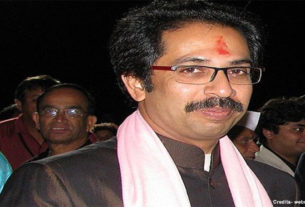