Bengaluru – The 22-year-old Rajan Kumar from Bihar came to Bengaluru for his livelihood. Bengaluru  is estimated to have more than 3 lakh migrant workers like Rajan, with 70% of them from the north and north-east India. The last census and migration data, stated that over half of  Bengaluru’s population consists of migrant workers. The metropolitan city is home to almost 44.3 lakh migrants i.e. almost 50.6 percent percent of the overall population.

Every year thousands of people come to the city in search of work and most of them are exploited by giving them low wages. As the economy started boosting up, most of the migrant workers started coming back to the city , but the pandemic has left most of them jobless.  The pandemic was a really difficult time for construction workers, Ranjan Kumar and his colleagues. With no one to seek  help from, hungry and helpless they survived the first wave  in the city.

Ranjan says, “We faced a lot of difficulties during lockdown. Our families were anxious, as we were left with no money. We survived on the money which our owner gave us. No one came forward to help us, not even the NGOs. Food was given to local people but not to us. Now again the government is planning for a second lockdown, we don’t know what will be the situation this time. Again we’ll go through the same problem which we faced in the first wave. . It’s affecting our livelihood. Rich people are becoming rich and what about poor people like us.”

Construction sites in urban cities across the country have the major share of employees from rural areas. As most of the migrant workers are illiterate, it makes them highly vulnerable to exploitation. The story of migrant workers’ struggle and their rights became crystal clear during the Covid-19 pandemic.  According to the Karnataka government report, approximately six lakh migrant workers had registered themselves on the Karnataka state’s Seva Sindhu portal to go back to their homes during the lockdown imposed last year. . Of these, more than three lakh individuals were from Bengaluru   city alone. If the migrant labourers would have left the city, getting the economy back on track would have been difficult for the government.

Mithun Chauhan, a construction worker from West Bengal who came to Bengaluru in search of work  after the first wave   says, “we have spent one year with great difficulties in the lockdown. During the lockdown I was at home. We came to the city in search of work but again we are stuck here. We have to send money to our families, but for that we have to work. If we don’t  they can’t eat.. It will be helpful, if we’ll get work during the lockdown. In the first lockdown I was at home,  survival was difficult. There was no work nor money. The ration which the government gave was not enough, after seven  days it got over. . After that no one distributed any food to us.”

We somehow have conveniently forgotten the backbone of our country , the daily wage laborers and the migrant workers. The Covid-19 pandemic and lockdown  hit hard on their daily income and  impacted their mobility. To help them during the difficult times NGOs and social workers came forward. Aahawan foundation distributed ration and medical kits to migrant workers stuck in the city and helped many others to reach back their home.

Braja Kishore Pradhan, founder of Aahwan foundation says, “Now we are trying to manage to provide them food. But, a  lot of people  want to leave. The first wave and second wave are different.   Last year it  was not that dangerous, the one which we see now. Lots of migrant workers  are not able to manage the expenses. They are stuck here and dying. The worst  is the health part. They will not able be to manage or get a bed in the hospital. And we are helping them out with this.”

The Karnataka government tried to provide assistance and help to migrant workers during the lockdown. But lack of information,facility and arrangement have  led to chaos and created panic among the workers. As the second lockdown has hit the state, the government announced free meals thrice a day for the workers stranded in the city.

K Shehkar, Welfare Assistant Commissioner of Karnataka labour Department says, “From the labour department of the state they were supplying free food kits. Finally we came to know that they, everything was provided. Health checkups were done.

But there was panic around the workers community, they started moving and said it is difficult for them to stay back and they want to go back home. The travel cost was paid by the labour department i.e. the state government. The unions, NGOs, health department. Everyone was involved in providing services to migrant workers.”

Nearly half of  India’s workforce is in the unorganized sector. The paradox is that the country which is developing  still the workers are not covered by any social security. One of the greatest tragedies of our time isthat we are not able to provide work and safer workplace for these migrant workers. This situation is heartbreaking. Access to safer workplace,  justice for labourers, and the creation of organizations for labourers who can protect them is really important. NGOs and the Government should try to create awareness among the migrant workers of their individual rights. 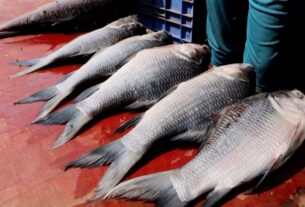 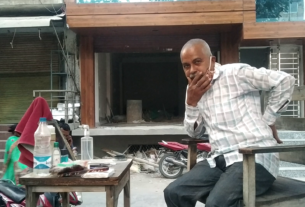 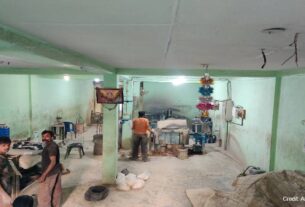