Skip to content
Home > Capstone > One toils, the other reaps the profit

The story of Karnataka and Maharashtra’s unbalanced division of labor and profit.

When a fungal infection with no surefire remedy withered the world’s bananas and started sweeping through Maharashtra, farmers in Karnataka started growing bananas. The same happened and again the grapes turned sour when about two lakh hectares of vineyards in Nashik and Sangli districts of Maharashtra were affected by the downy mildew outbreak.

Srishail Meti, a farmer in Muddebihal (Bijapur, Karnataka) had 10 acres of bajra, 20 acres red gram, and five acres of banana farms. He and his two brothers grew up working at and learning about vineyards in Maharashtra. About three years ago, when he got to know about the crop diseases in the neighboring state and the subsequent fall in crop yield, he anticipated an upsurge in demand for bananas and grapes in the regions adjoining Maharashtra, including Bijapur. He started growing grapes in 40 acres of land and increased the area under banana plantation from five to 20 acres.

Meti is one of the many farmers in Muddebihal who have shifted from millets and cereals to these horticultural crops. These are mainly farmers who own land near Narayanpur, Almatti, Talikoti and other such villages that receive water from the nearby Basava Sagar Reservoir and Almatti Dam. These reservoirs provide water for irrigation to the drought-prone areas of Bijapur and Bagalkote as a part of the Upper Krishna Project. It is because of the improved irrigation facilities that these farmers are able to grow water-intensive crops like banana and grapes in a predominantly dry area.

Rajeshwari Nadagowda, Agricultural Officer, Muddebihal, said, “Earlier, farmers in this region only grew millets and cereals, because of various geographical and climatic factors. The cropping pattern here is undergoing a massive revolution because of the improved irrigation facilities and better awareness.”

Many farmers attribute this change to the availability of water for irrigation and the increase in demand for these crops.

“We have recorded substantial growth in the production of banana and grapes because of the increased demand and an increase in productivity as a result of the introduction of certain innovative practices, and we will soon play a dominant role in the global scenario,” said Sidramappa, a farmer from Bidarkundi.

This shift in cropping pattern has also induced a parallel shift in the standard of living of some of these farmers. Many farmers who have switched to horticultural crops say that they can now afford a more comfortable lifestyle than before. They can now come up with the money for sending their children to school and invest in their future.

Mallappa N. Gangangaur, a farmer who has started growing banana in 20 acres of land, said, “We got an air conditioner initially for the banana plantlets, but recently we bought another AC for our house as well. I have also managed to pay for my children’s higher education—my daughter is going to be an agricultural scientist and my son is a banker. I have taken loans from the banks, which I will repay slowly, as I get the price for my produce.”

While some large farmers have benefited from this, there are others who are still caught in the vicious circle of debt and bondage.

The government is also offering help to these farmers. Under the CHD scheme, the government encourages and assists farmers in expanding the area under cultivation of selected horticultural crops, constructing community tanks, establishing vermicompost or bio-digester, introducing post-harvest technologies and conducting training programs.

Shafeeq Bawoor, Assistant Horticulture Officer, Muddebihal, said, “The government has been incentivizing the production of horticultural crops, like banana and grapes—a major part of which is happening in Muddebihal, Bailhongal and Belgaum taluk—under the Comprehensive Horticultural Development (CHD) scheme. Ever since the decrease in production in Maharashtra and an increase in demand from Karnataka, a large number of farmers here have opted for grapes and banana cultivation.”

However, no one’s ever served with a glass filled to the brim. Karnataka’s half-filled glass offers excellent production capacity and cheap labor, but lacks facilities required for storage and export. Instead of filling its own glass, Karnataka drains it in Maharashtra’s glass that has export facilities. In simpler words, farmers in Karnataka sell their produce to exporters in Maharashtra because of lack of storage and shipment facilities, and high cost associated with exporting perishable goods.

Researchers at National Research Centre for Grapes, Pune say that the average cost of exporting grapes is around Rs. 23.69 per kg, which includes testing, labor, pre-cooling, Agmark certification, packaging and transporting costs.

Rahim Albaksh, a small-scale banana trader, said, “I have a small cold-storage near the main market area in Muddebihal, but it’s only good enough to supply fruits to the local fruit-sellers. There are many small-scale cold-storages in Bijapur, but none of them are equipped to store export commodities.”

Districts like Bijapur and Bagalkote—that are among the major producers of these horticultural crops—only have two to three export-traders and even they are engaged in indirect exporting, mostly via Maharashtra because of the proximity.

Even though both states are the top two producers of these fruits, Maharashtra exports 52 times more bananas than Karnataka, and nearly 25,000 times more grapes.

“The Green Cavendish is regularly being exported to the Middle East market, as well as the UAE, Bahrain, Egypt, Saudi Arabia, Qatar and Iran,” said Suresh Gombe, a banana exporter from Bijapur.

“The Grand Naine banana variety is also in great demand abroad. It is being grown by the farmers in Talikote, Nalatawad, Basarkod, Gudnal in Muddebihal district. Also, Dwarf Cavendish is being cultivated in the district. Indi, Sindagi and Basavana Bagewadi are the other districts cultivating these varieties and are identified as potential groups for export,” he added.

Gombe exports these fruits indirectly. He purchases these fruits from the farmers, stores them, and sells them to the direct exporters in Maharashtra. This might sound like a normal exchange, but it has a huge impact on the income of the states, because of the huge difference in the domestic and international prices of these exported commodities.

Prof. Arif Hakim, who teaches Import and Export Management, said “Maharashtra has had concurrent developments in the areas of state-of-the-art cold chain infrastructure and quality assurance measures. Apart from large investments pumped in by the private sector, the public sector has also taken initiatives. With APEDA‘s assistance, several Centers for Perishable Cargoes (CPC) and integrated post-harvest handling facilities have been set up there. Whereas in Karnataka, we haven’t seen such developments yet.”

Is this change in cropping pattern planned properly?

The western portion of the district has very little vegetation and few hillocks. Plains in this region have black alluvial soil and support many crops like cotton, bajra, and jowar, among others. The hillocks have an undulating surface with red soil, which is suitable to grow both dry and irrigated crops, including fruits. The climate of the district is generally dry, and the seasons are on the pattern of those generally in the Deccan region.

Viresh Gangangaur, an agricultural scientist, said, “Bananas are grown in tropical environments because it takes hot humid weather to sustain the banana throughout its growth cycle. Although the weather of the region supports the crop, it might have a negative impact on the fertility and soil composition. Banana also requires adequate rainfall and proper irrigation. This move might divert a major portion of the taluk’s water channel to irrigation for the crop. Grapes, however, require lesser water, and it is a temperate crop which has got adapted to sub-tropical climate.”

Thus, the availability of water should be the focal point of the government’s plans for changing the cropping pattern of a region. Apart from that, they should also be looking at the environmental impact of their decision.

“Another major effect of these plantations on the environment is pesticide runoff. Without pesticides, a successful crop would probably not be possible. When it rains some of it will be washed away into the rivers, mainly Krishna. This can have a negative effect on the biodiversity of the waterways. This is very important because if pesticides are going to be used year after year then they are going to bio-magnify in the waterways which will have a very negative effect on the biodiversity of that area. All this must be taken into account before changing the cropping patterns of the area,” he added.

Even though the farmers in many villages of Karnataka have successfully switched to growing horticultural crops, there is a silent fear instilled deep within their hearts that one day the virus will reach their crops and all their yield would render useless.

Sajjan, a farmer from Kuntoji village in Muddebihal, said, “I am constantly afraid that just like Maharashtra, even our crops will get the virus, because it has happened across the world and we are not doing things any differently. If that happens, I will have to start everything from the scratch. This is one reason why I haven’t completely stopped growing red gram and bajra.”

Officials from the horticulture department say that they are doing their part and taking all the necessary precautions to protect the crops.

Ramesh Sonna, Senior Assistant Director of Horticulture, said, “Active inspections and surveillance measures to prevent introduction, establishment and spread of viral infections is extremely important. Early detection shall minimize crop losses. We have a team of agricultural scientists and graduates who constantly monitor all these crops and keep close contact with the farmers to ensure crop safety.” 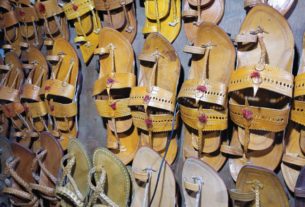 A story of struggle to obtain profit and recognition 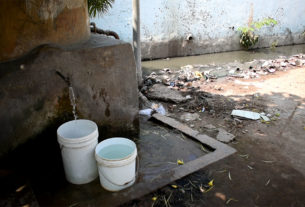 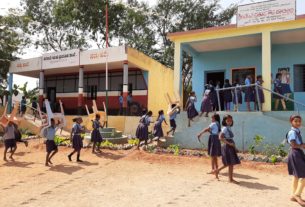 Girls at Maski dropping out on better future